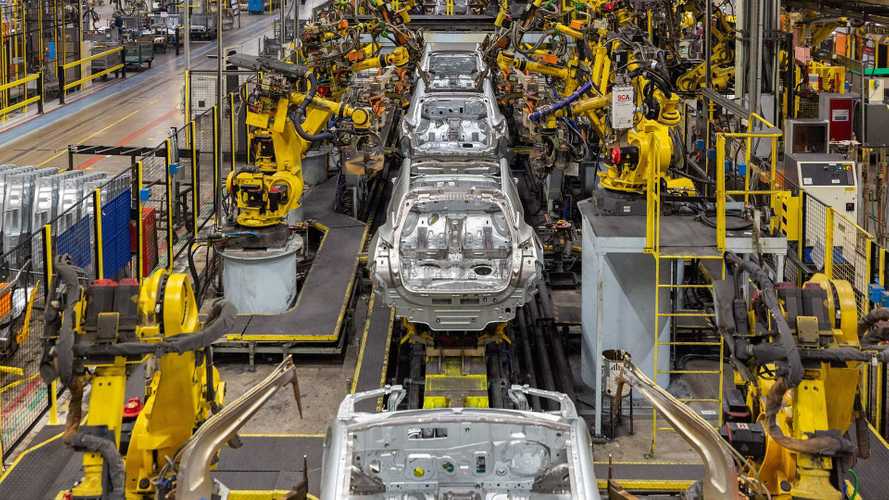 The number of cars built in the UK fell by more than 16 percent in November.

The body representing the British car industry has called on the government to ensure a tariff-free trading agreement with the EU after UK manufacturing declined by almost a fifth in November.

Figures released today by the Society of Motor Manufacturers and Traders (SMMT) showed a 16.5 percent reduction in manufacturing output during November. Over the course of the month, just under 108,000 cars were built on these shores, down from 129,000 built in November 2018.

One in three car industry firms 'shedding jobs' ahead of Brexit

Some of that decline was due to a massive cut in demand from British buyers. The 17,468 cars built in Britain for the UK market was more than 26 percent lower than the 23,801 produced for UK customers in November 2018.

However, the domestic market accounted for just 16 percent of cars built in the UK last month, with the lion’s share headed for foreign shores. A total of almost 90,300 cars were manufactured in Britain for customers abroad in November - down 14.2 percent on last November.

The SMMT said the poor performance in November was down to a number of factors, including “soft” consumer and business confidence, weak demand in overseas markets and model production changes. However, the organisation said some manufacturers had planned factory shutdowns last month to combat any ill effects from the planned departure from the EU on October 31, and those gaps in production will not have helped the figures.

Despite November’s figures, though, the first 11 months of 2019 have seen the UK market perform marginally better than the export market. Overall, exports have made up around 81 percent of UK production, and the number of vehicles made for foreign customers has fallen from more than 1.17 million between January and November 2018 to just over 995,000 during the same period in 2019.

That 15.2 percent drop has caused the SMMT to call on the government to ensure a future trade deal with the EU is free from tariffs. The organisation’s chief executive, Mike Hawes, said such a deal would keep the UK competitive in a time of “dramatic change”.

“UK car production is export-led, so we look forward to working with the new government to deliver an ambitious trade deal with the EU,” he said. “To ensure our competitiveness at a time of dramatic technological change, that deal needs to be tariff free and avoid barriers to trade, which, for automotive, means that our standards must be aligned. This can be achieved if government and industry work in partnership to re-establish the UK as a great place to invest and ensure that automotive keeps delivering for Britain.”