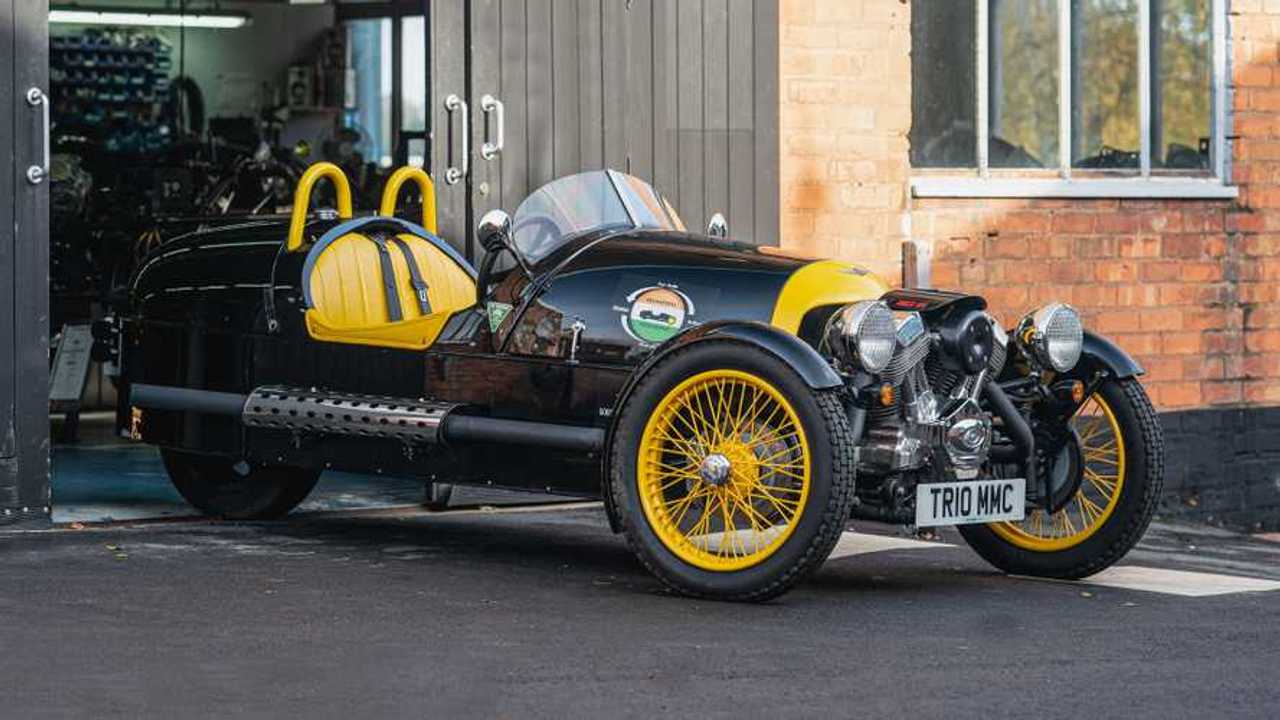 Alan Braithwaite will take his Three Wheeler on a a 3,500-mile, 33-day journey.

The Morgan Three Wheeler isn't the first car you think of for a huge, cross-country drive, but that's exactly what 73-year-old entrepreneur and philanthropist Alan Braithwaite and his wife Pat are planning on doing.

The pair will embark on the Trans-India Challenge, a 3,500-mile, 33-day journey around India that will put the Three Wheeler to the ultimate test on one of the world’s most demanding road networks.

Morgan is officially backing the challenge which aims to raise £200,000 to support Indian aid NGO Goonj, and fund academic research into Goonj's 'circular economy' model.  The sustainable approach recycles urban waste to use as a form of 'currency' to reward rural communities for improving their local environment – like roads, water supply, hygiene or schools.

Fashion designer and famed car fanatic Ralph Lauren has also thrown his weight behind the challenge too, by donating polo shirts from his company's Earth Polo range – a range made from thread derived entirely from recycled plastic bottles and dyed using an innovative waterless process.

Meanwhile the Morgan Three Wheeler being used has had very little in the way of modifications, keeping the 82 bhp S&S V-twin motorcycle engine and base weight of 525 kg, but having raised suspension to help the car cope with the rough terrain.

"The Morgan 3 Wheeler is the perfect car for the Trans-India Challenge because of the attention it brings: it’s different and it’s fun," said Steve Morris, CEO of Morgan Motor Company. "You’re always on an adventure in a Morgan and you drive with a smile on your face. Not only does it demonstrate what a Morgan is capable of, but you also know it will bring attention to Goonj. It’s going to be a fantastic adventure all round."

Braithwaite was thrilled to have Morgan's official backing for the challenge, which will start in Mumbai on 1 February 2020 and take in cities including Pune, Hyderabad, Visakhapatnam, Puri, Kolkata, Patna, Lucknow, Agra, New Delhi, Jaipur, Udaipur and Ahmedabad, before returning to Mumbai at the beginning of March.

"We are delighted that Morgan has recognised the significance of the Trans-India Challenge," he said. "It will be a massive test for the car, but will certainly put Morgan firmly on the Indian map. With Morgan’s durability, and the materials used in the cars' manufacture being sustainable and re-useable, this is the perfect choice of vehicle.  It is also another milestone in recognising the ‘circular economy’ model championed by Goonj."

The start of the adventure will also be a mere six months after Braithwaite underwent open heart surgery.

"I actually needed more extreme modifications than the car for this trip, but I’m confident we’ll both reach the finish line in great shape."