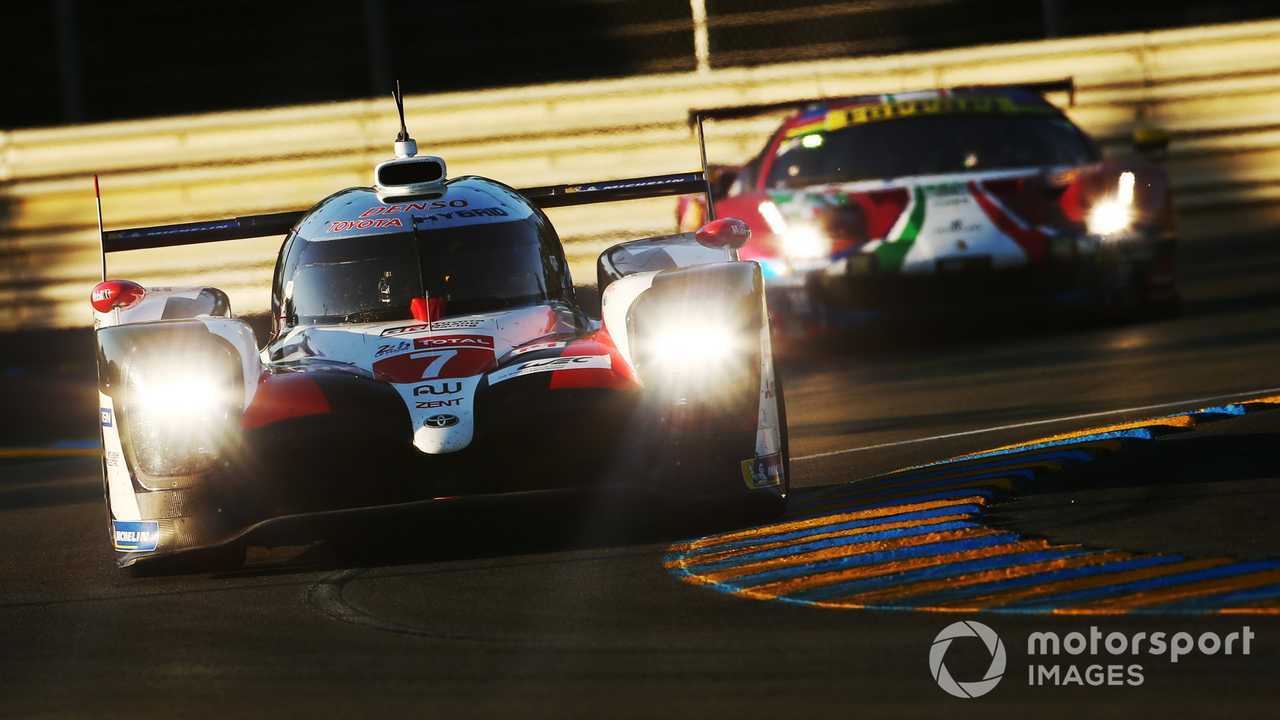 A new qualifying format dubbed 'Hyperpole' will set the top positions on the grid for next year's Le Mans 24 Hours.

The top six cars in each of the four classes during a 45-minute qualifying period on Wednesday will go forward to half-hour Hyperpole session on Thursday ahead of next year's FIA World Endurannce Championship finale on June 13/14.

The 24 cars that make it through to this shootout session will be allowed one run because they will not be permitted to return to their pit during the 30 minutes. Teams will have free choice of tyres within the existing allocation for qualifying and the race.

Ford won't use new GT as WEC hypercar base

Pierre Fillon, president of Le Mans organiser the Automobile Club de l'Ouest, explained that the new format was aimed at "guaranteeing two exciting sessions for both drivers and spectators, where all the focus will be on sheer speed in a quest for the perfect lap".

"Adrenalin, suspense and concentration will be at a max for every team out there," he said. "It will be a thrilling prelude to the ensuing 24-hour battle on our iconic 13km track.

"Le Mans will once again be a celebration of racing that goes on for several days, and not just a weekend.”

The new Hyperpole procedure replaces the previous format that involved six hours of qualifying in three two-hour sessions across Wednesday and Thursday.

Free practice will now begin at 15:30 on Wednesday with a session lasting four and a half hours and will continue with another short session before first qualifying.

The start time of the race itself has been changed to 16:00 on Saturday, an hour later than it has been in recent years, a change that was announced in October.