Mercedes GLA pickup looks as bright as a button 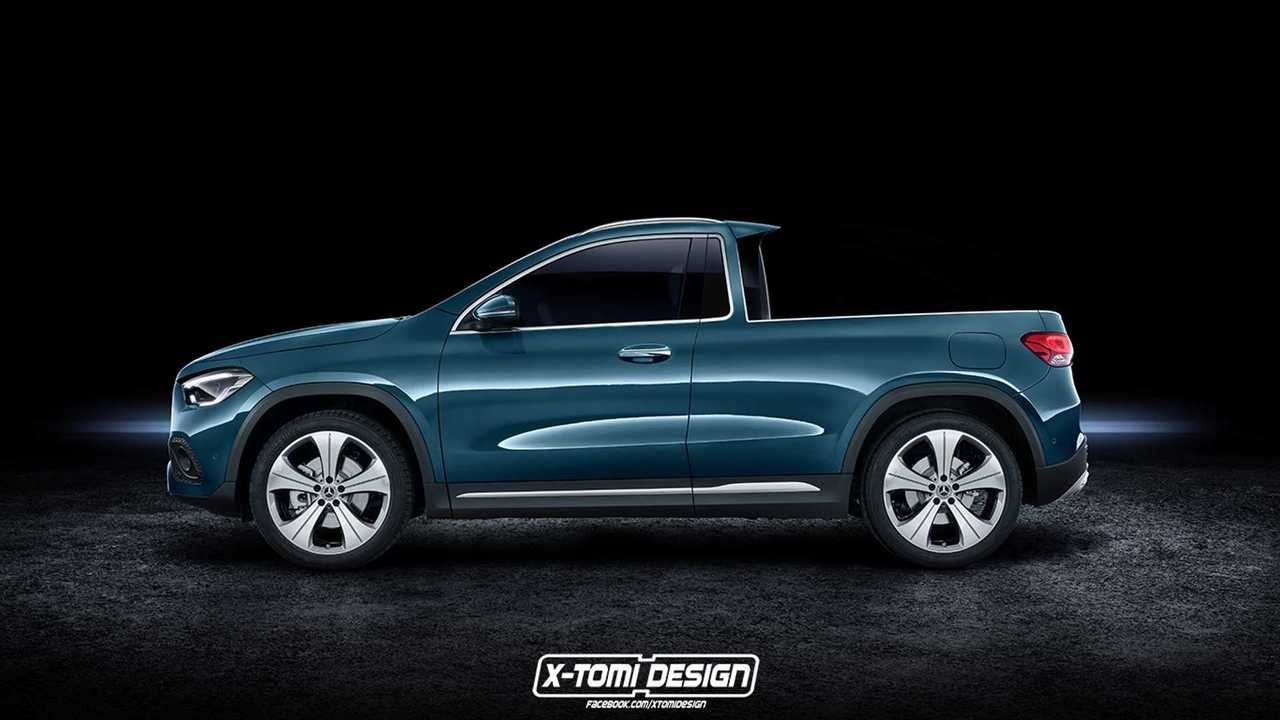 Chances of seeing it on sale? Zero.

The new Mercedes-Benz GLA is handsome and has finally gained a stronger crossover vibe rather than its predecessor’s hatchback overall appearance. This comes in combination with tweaked dimensions for extra cabin room and more powerful engines. The GLA is the final revamped or new member of Mercedes’ completely overhauled compact car lineup, which means no extra additions are planned for the time being, except for electric versions of some of the already existing models.

But that, of course, doesn’t mean we can’t imagine something bold from the Stuttgart-based company like… a pickup? Yes, Mercedes already has the X-Class on sale in some regions but what if the marque decides to enter the segment of… compact trucks based on crossovers?

Not that such a thing even exists but X-Tomi Design’s rendering proposes an interesting GLA pickup sharing the chassis of the recently unveiled new version of the crossover. Taking one of the model’s official press photos as a base for his work, the Hungarian Photoshop guru chopped off the roof along with the rear doors to form a small but practical cargo bed. The proportions are good and the tiny truck even gets a sporty note thanks to the stylish spoiler fixed to the roof.

Could this turn into something more than just a virtual drawing? Changes are basically zero because, after all, who’s going to buy an expensive premium pickup based on a crossover with a tiny cargo bed? You know the answer.

The new GLA will go on sale as a five-door crossover in the UK in spring of next year.