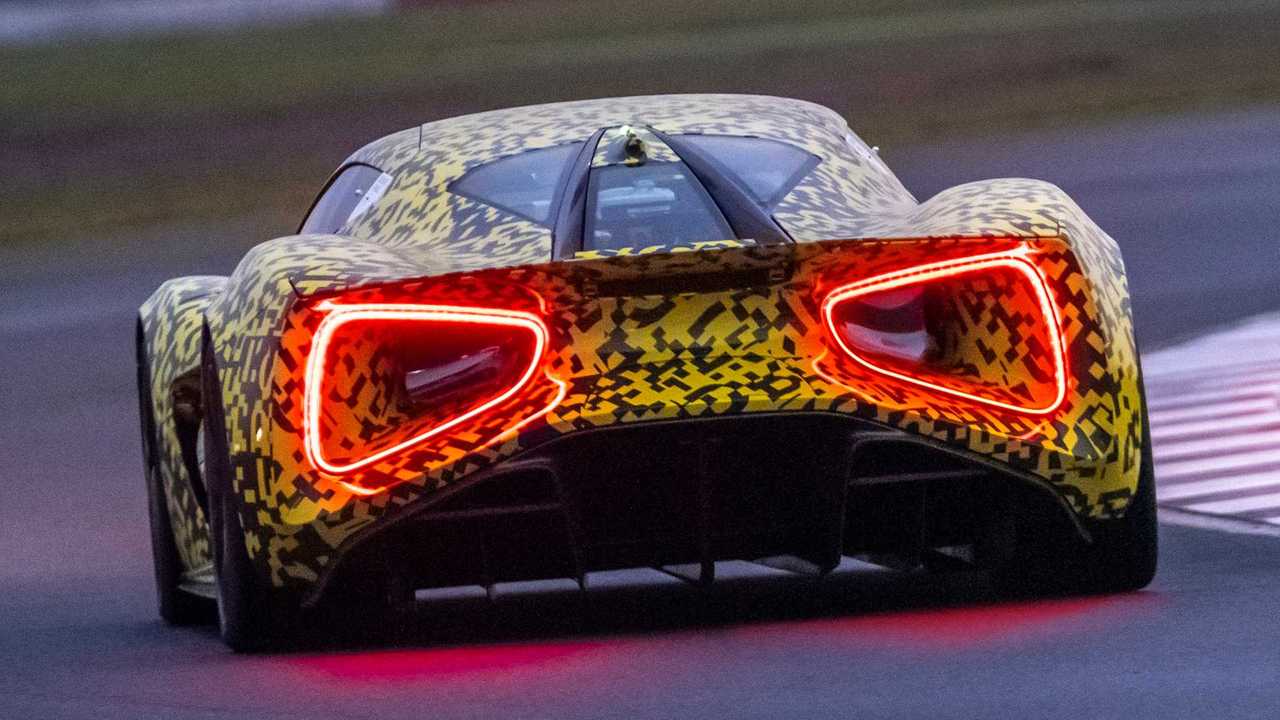 The next stage of testing for Lotus' new electric hypercar, the Evija, has got underway at the company's famed Hethel HQ.

Following extensive simulations, plus initial on-track sessions in the UK and Italy, Lotus has now rolled out the most complete version of the car built to-date. Prototype #2 features customer-specification suspension, a complete EV powertrain, and full carbon-fibre body panels, plus a mostly complete interior with production-spec seats. The car also has a full hydraulic system to support deployment of car’s active aerodynamics.

Check out the Lotus Evija

Lotus Evija electric supercar on the move for the first time

Driving Prototype #2 during development has been Gavan Kershaw, Lotus' director of attributes and product integrity – he's basically the firm's lead test driver. Kershaw is also known as the man behind Top Gear's famous test track at the Dunsfold Aerodrome, designing each of the track's characterful corners.

"The car is in a completely pure state at the moment, with no stability control or torque-vectoring. This is so we can evaluate the fundamentals of the chassis, to create the mechanical advantage before the other layers, such as the electronics, are added," said Kershaw. "It means we can really read the car. Later we can tune what we’ve gained as a mechanical advantage as we add layers."

"It’s the Lotus way – get the fundamentals right from the start and use baseline aerodynamics, suspension kinematics and geometry to feel the vehicle’s response."

On of the things Lotus has been working on early in the car's development is the torque split between each of the car's four individually-powered wheels. The car is the fist all-wheel-driver car from Lotus but Kershaw, who has been at Lotus for over 30 years, said he feels 'at home' in the car already.

"Lotus has always been about 'input = output', so if you do something you get a response, and that’s what we’re balancing now," he said. "It’s all about the detail so, for example, we’re validating the progressive response from the pedals. We know there’s an enormous amount of torque but drivers will only want it when they ask for it with their right foot. It’s about getting that throttle balance right."

Although electric – another first for Lotus – the car very much draws from other cars in the Lotus range.

"It’s also about bringing in experience from other vehicles – what we know from driving Exige and Evora, the Lotus GT race cars – and making sure that core Lotus DNA is all at its absolute best in the Evija," said Kershaw.

"It’s really exciting for me. I love this part of developing any Lotus because it’s proving the mechanical design and the physics behind everything is right, and then working with our engineers to enhance the experience and give the car a true Lotus character. It’s the step-by-step stuff we do with every Lotus – Evija is no different."