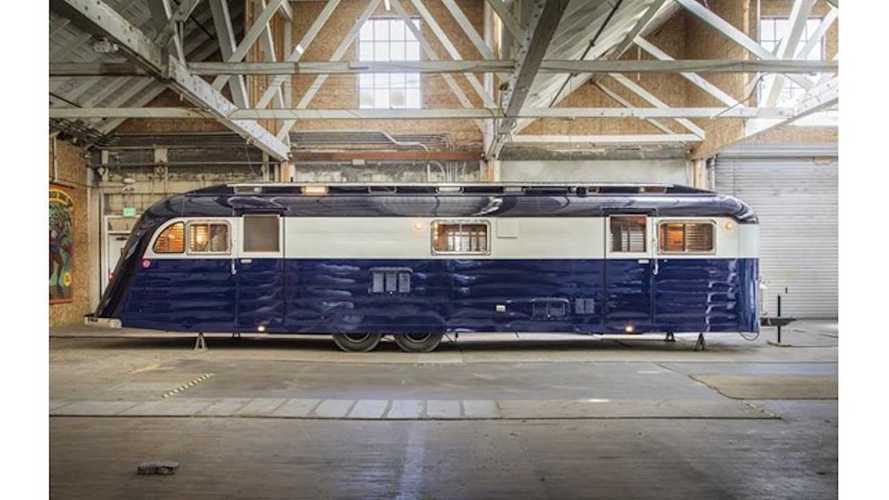 If you're idea of the perfect way to travel the country is in a motorhome but want to do it in impeccable style and exclusivity, then look no further as one of the world's most desirable caravans is about to be auctioned off at Leake Auctions in Scottsdale, Arizona on January 18th, 2020. It's owner, Lucas Lackner, bought the banged-up 33-foot (10-metre) long trailer from a friend, all with the idea of doing a good old restoration. The 1950 Westcraft ‘Capistrano’ was the longest and rarest of the entire Westcraft lineup with almost 2 metres in headroom, and was manufactured in Burbank, California by the Westcraft Manufacturing Company after World War 2. Meant to serve as a mancave and guest house of Lucas next to his infinity pool overlooking Santa Barbara, things would change once he contacted Steven Butcher, a renowned vehicle restoration expert.

Gallery: One of the world's most luxurious caravans to be auctioned in January

The goal was to create the perfect "restomod", combining the latest creature comforts and functionality, while still staying somewhat correct when it comes to style and visual execution. The decision was made to reflect the 1930s Art Deco design, but have the best possible set of luxury appliances and touches, all of which are completely hidden behind panels and doors, creating the impression that the interior is absolutely period correct and in mint condition. A neat touch was having most of the lighting in the fixtures painfully and carefully sourced to remain original. Some cool highlight features include modern televisions with matching hi-fi sound systems, a large number of inconspicuously placed USB ports and charging outlets, a modernised water heating system, and a quiet and highly efficient remote controlled Duotherm heating/AC system.

See some motorhome proposals for the futureLife?

You can find out about the rest of the entire 11-year build in this link, and that will take you directly to the listing description on Dupont Registry where it lists all the incredible features and work done to achieve what Steven Butcher considers to be his "most detailed, extensive and beautiful masterpiece to date". There's an incredible story behind this trailer, and whoever appreciates all the work put into it will understand why it'll be a headline piece at the auction in January.