Electric car, home solar installation and an energy storage system that all complement each other.

Fully Charged's Robert Llewellyn, a well known electric cars enthusiast, from the beginning was also very interested in the electrification of homes, which means own electricity generation using solar and storing the energy using batteries.

In one of the latest episodes, Robert presents his own example of home installation, which now consists of 5.5 kW solar and two Tesla Powerwall 2 energy storage units (the second one is the red Founders Series, received through the referral code scheme). 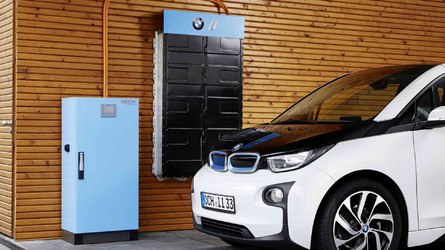 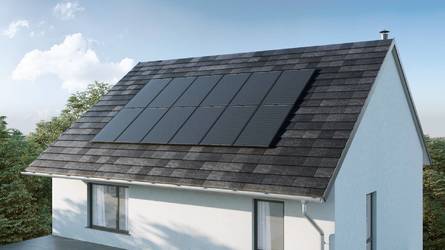 Such a combination seems to be a nice setup to produce own electricity for home and an electric car, as well as export some additional electricity to the grid and prevent power cuts. To have it all work, Rober, however, was required to upgrade his single-phase connection to a three-phase, which was more a regulatory requirement than an actual practical need.

Let's take a look how all this works out.

Can you run your house on a battery? Tesla Powerwall 2 (Founders Series) & Tesla Backup Gateway 2

This episode of the Fully Charged Show is a follow-up to our hugely popular episode about the Tesla Powerwall 2 domestic storage battery that Robert Llewellyn had installed in his house:

The most common questions in the comment section for that video were: “What happens in a power cut/power outage?” & "Can you run your house off a battery?"

With the help of Mark Kerr, Head Electrician of the installers Joju Solar, and the new ‘Tesla Backup Gateway 2,ʼ Robert gets to test this exact situation on his original (white) Tesla home battery, the Tesla Powerwall 2, and also the shiny new addition that heʼs been given for free through the Tesla referral code scheme, the (Signature Red) Tesla Founders Series Powerwall 2.

Donʼt worry: As Robert makes clear, none of the Patreon donations have gone to paying for any of this new kit!

Robert speaks to Dr Chris Jardine of Joju Solar to learn more about how it works, the benefits of this home battery backup, grid storage technology and how it can really reap benefits especially if you have renewable energy. Even homes without solar PV can save money via off-peak electricity tariffs whilst also helping to reduce the reliance on the “dirtiest, most expensive” electricity that generally has to be generated during peak times in the day. Peak shaving using a battery, basically!

Dr. Chris explains the 3-phase supply questions from the comments:

"The grid operators look at the worst possible case for export in their calculations. They look at 5.5kW of solar being produced, with 10kW of power from the batteries, and no loads, and see if the grid can handle this 15.5kW of export (in this case they found it couldn't on 1-phase). In real life, you wouldn’t see the solar producing its maximum and the batteries fully discharging at the same time, so the grid operators are being very cautious here. Indeed the batteries are designed to discharge such that no electricity goes back to the grid! The grid connection regulations were initially set up for back-up generators; if Robert had a 15kW diesel generator in his home these rules would make sense. But they do seem a bit dated to work for modern solar/battery systems."