The new Defender can take a beating.

If you had any doubts that the new Land Rover Defender wasn’t as tough as the old off-roader, maybe this video will change your mind. To prove that modernization didn't erase the Defender’s rugged build, Chief Engineer Mike Cross decided to take a new Defender 110 on a quick off-road blast.

The first obstacle tests the Defender 110’s ability to handle small jumps during high-speed backroad runs. This is specifically for customers who prefer offroading in open areas where they can reach high speeds and sometimes catch air. Customers who live near a desert of large open fields should take note that the new Defender 110 isn’t afraid to catch a little air.

The Defender’s next challenge is a rally stage style performance test. The Defender 110 might not set any course records, however, it was able to show it’s competence at handling rough gravel roads. The ability to hit massive puddles and wade through small streams is nothing new but is still a critical part of being a proper Defender.

The modernized Land Rover Defender has massive shoes to fill. The previous generation Defender was true back to basics off-roader that put off-road ability before comfort. It was the standard-bearer for the Land Rover of old that provided tough trucks to working-class owners. 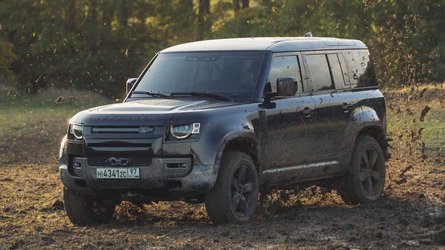 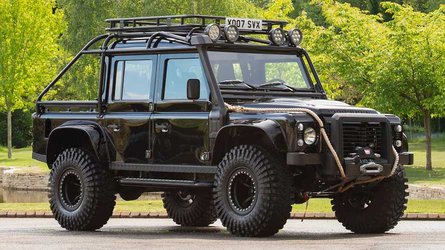 The new Defender which is set to officially go on sale in early 2020, is meant to bridge the gap from the classic Defender to the more modern Land Rover products their customers have come to expect. Land Rover hopes that their integration of modern features with a more basic vehicle will be a winning formula and resonate with their customer base. We’re excited to see more Defenders off-roading to test all of the careful development Land Rover put into this new truck.