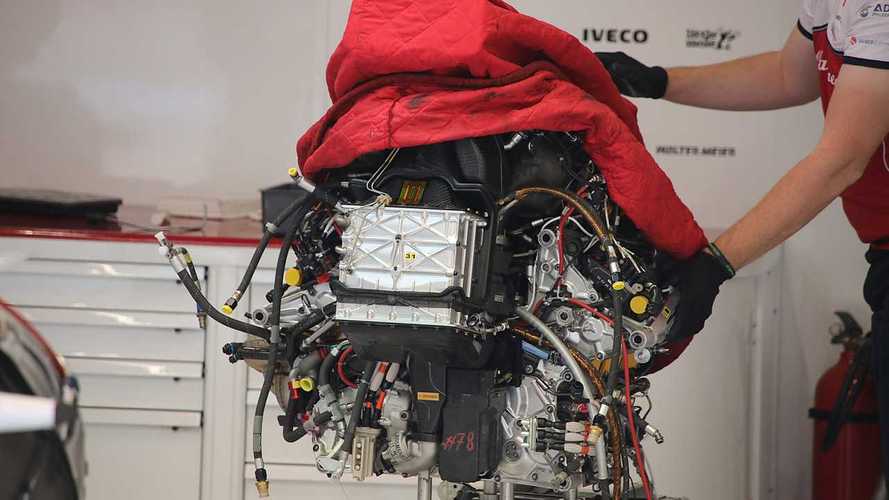 Ferrari is making "quite significant changes" to its Formula 1 engine as well as adding "a lot more downforce" to its car for 2020, in its bid to topple Mercedes.

Sebastian Vettel and Charles Leclerc won just three races between them in 2019 as Lewis Hamilton and Mercedes swept to another title double, Mercedes' sixth in a row.

F1's four engine manufacturers have converged in the V6 turbo-hybrid era's fifth season but despite aerodynamic and engine regulations remaining stable for 2020, Ferrari has opted for an overhaul because it believes there is more potential to exploit.

"We have changed, by quite a lot, our power unit, in terms of architecture, the cylinder," said team principal Mattia Binotto.

"It's quite a big review just to show that here again, there is much that can be done. The change we are looking for next year is quite significant changes on the engine itself."

Though Ferrari established a heavily-scrutinised straightline speed advantage in 2019, it had a cornering deficiency that proved too costly at several races.

Ferrari 'very flattered' by interest from Hamilton, others

While its engine development will aim to keep, if not enhance, the power advantage Ferrari has established, addressing its downforce weakness is another key area that has been targeted for 2020.

"We are not expecting to be as far on the straight as we have been. But you never know what the others are doing.

"The things that we learned, we recognise that we need to have certainly more downforce – as we saw at the end of the season, still there is a gap to close.

"So, our car is aiming for more downforce and by consequence, we are certainly working more on drag."

Ferrari is in the process of finalising the design of its 2020 chassis, with Binotto saying there are "still a few sessions" to set the car's specification for pre-season testing at Barcelona.

The team will launch its car on February 11, eight days before the first three-day test in Spain.

"We are going through all the homologations," said Binotto.

"We go through a crash test for homologation, but we are still developing at the wind tunnel. Certainly, the concept has been defined."