VW Touareg V8 Diesel tuned by ABT has mountain-moving torque

Because at 664 pound-feet, the standard model is obviously underpowered.

The latest-generation Touareg marks the end of an era as it’s the last model from the core Volkswagen brand to be offered with a V8 TDI engine. Introduced back in March as a cheaper alternative to the Audi SQ7 and the Bentley Bentayga Diesel, the flagship SUV from Wolfsburg packs the same 4.0-litre unit making it the ideal towing vehicle thanks to its ample amount of torque 900 Newton-metres (664 pound-feet).

If for whatever reason you think that’s still not enough, ABT will happily work on the diesel behemoth to extract a massive 970 Nm (715 lb-ft). The boost in torque comes along with a nice horsepower increase from the series 416 bhp to 493 bhp. While performance numbers have not been provided by the Kempten-based tuner, we’re sure the modded Touareg V8 Diesel needs fewer than the 4.9 seconds required by the standard SUV to complete the 0-62 mph (0-100 km/h). After all, it does pack an extra 77 bhp and 70 Nm (51 lb-ft).

What else has ABT been up to? 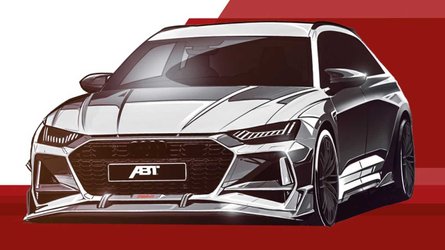 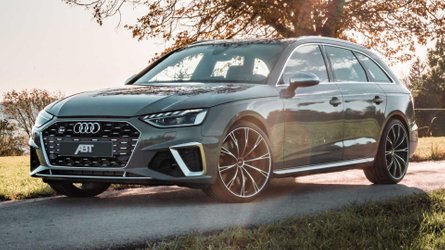 2020 Audi S4 Gets Bigger Wheels, Extra Diesel Power From ABT 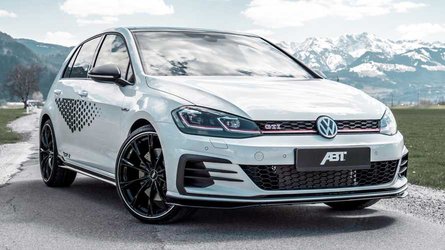 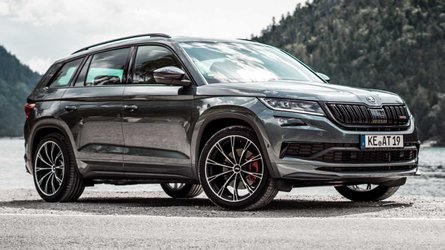 Aside from fiddling with the engines, ABT has replaced the VW stock wheels to make room for its own custom set of 22-inch alloys finished in either grey or black. There are other rim designs customers can pick from, along with miscellaneous items such as the LED integrated entrance lights for the front doors, projecting the company’s logo onto the floor.