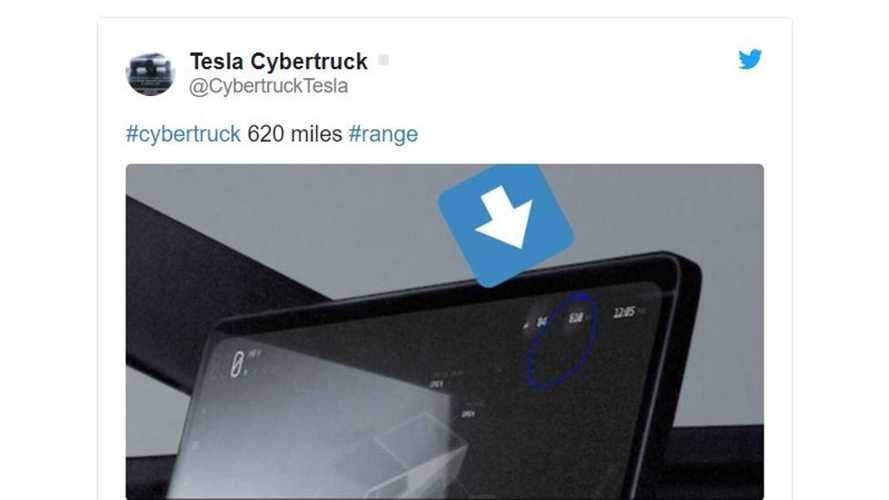 Will the Tesla Cybertruck have a maximum range of 620 miles? This image from the Cybertruck's own display seems to suggest this figure is possible.

The image of 620 miles on the screen comes our way via MotorTrend, according to this follow-up tweet:

Officially, Tesla lists the range for the various versions of the Cybertruck as follows:

These figures are just EPA estimates right now as no range testing has officially been conducted on the Cybertruck since it only exists in prototype form right now.

Tesla has been known to often under-promise and over-deliver when it comes to range, but 620 miles is certainly not what we'd expect to see when Tesla says 500+.

Coincidentally, the 620-mile number is precisely what Tesla is targeting to beat for its upcoming Roadster. Per Musk:

While we'd suggest the Roadster doesn't need so much range, a figure of 620 miles for the Tri-Motor version of the truck would be a game-changing as it would allow for the truck to tow, haul, etc with little concern over the amount of range loss it such strenuous situations.

What do you think of this 620-mile sighting? Do you think Tesla will be able to deliver on that figure in Cybertruck production form?