The GLB's electric brother plays in the snow.

Approximately two months after our previous seeing of the Mercedes-Benz EQB, the all-electric crossover is back in new spy photos. They come from snowy Sweden where our photographers caught a masked prototype undergoing winter testing.

Unfortunately, Mercedes is still not allowing us to take a better look at the design of the GLB’s electric brother. It’s not a huge secret, however, as the EQB will basically use the body of the GLB with some minor tweaks to reflect its zero-emission nature, including a closed radiator grille and a modified rear diffuser without exhaust pipes. Slightly redesigned headlights could also help the model better differentiate from its combustion siblings. 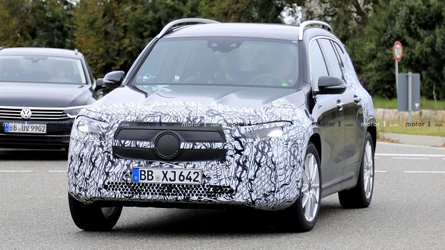 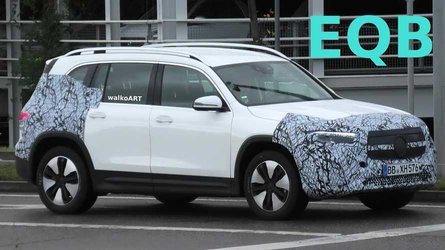 Word on the street is the EQB will be powered by the electric powertrain of the EQA concept crossover, which means it will use a dual-motor setup with a combined output of about 268 bhp (200 kilowatts) and 368 pound-feet (499 Newton-meters). We expect the company’s electric compact models to share an identical EV drivetrain, just its ICE-powered A-Class-based cars have the same engine range.

The relatively small body of the EQB will accommodate a 60-kWh battery pack, which should provide a range of 310 miles (500 kilometres) between two charges in the base model. Sources claim the range-topping variant will come with an even larger battery pack and a higher range at a single charge.

While the EQB looks pretty much ready to be put on the production lines, we don’t expect to see it debut before the second half of next year.