The fully electric crossover was previewed during the premiere of the second-generation GLA.

Three years ago at the Frankfurt Motor Show, Mercedes unveiled the EQA as a fully electric three-door hatchback, but a production car bearing the same name will take the shape of a five-door crossover. A teaser image of the zero-emissions CUV was briefly displayed during the online-only reveal event of the second-generation GLA upon which the EQA will be based.

As seen in recent spy shots, the EQA will retain just about the same design and shape as its conventionally powered sibling, but there should be some subtle tweaks indicative of an EQ model. Already we can see the aero wheels designed to boost efficiency, while a closed-off grille in the same vein as the EQC’s is expected on the production model.

Before the EQA debuts sometime in 2020, Mercedes will electrify the revamped GLA by introducing a plug-in hybrid powertrain as implemented already in the A250e and the B250e. Daimler’s chairman Ola Källenius says the PHEV version will offer 70 kilometres (43 miles) of electric range, although he doesn’t specify whether that number is based on the NEDC cycle or the more realistic WLTP. 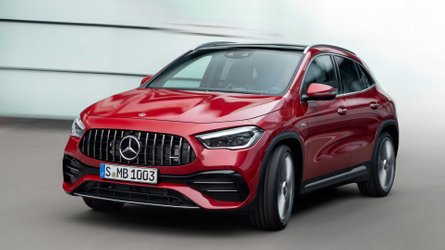 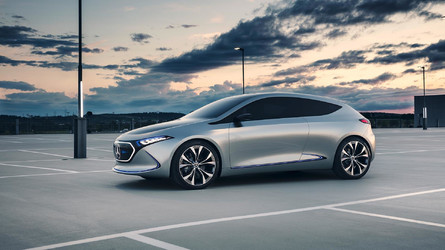 Since all these compact cars are quite similar, we’re expecting similar numbers from the new electric crossover as well as its boxy counterpart, the forthcoming EQB we’ve already spotted repeatedly.