Rinspeed sQuba is the submarine Lotus Elise you forgot about

Rinspeed is known as one of the makers of the most interesting concept cars, wowing people with design and technology. From their autonomous hybrid sports cars to their brilliant V8 powered hovercraft, for more than 40 years, Rinspeed has come up with some wild but entertaining ideas on the future of mobility. But did you know that Rinspeed also came up with the world's only completely functional diving car? In this video by Barcroft Cars' Ridiculous Rides, we take a look at the vehicle inspired by James Bond's 1977 movie, "The Spy Who Loved Me", in which a pursued James Bond takes his heavily modified Lotus Esprit underwater to evade his enemies.

Gallery: Rinspeed sQuba is the submarine Lotus Elise you forgot about

In 2008, the Rinspeed sQuba was unveiled at Geneva. It was based on a Lotus Elise, but with totally reworked internals and some exterior modifications to make it usable on the road and above and underwater. Yes, the sQuba is totally road legal, featuring lights, seatbelts, and regular tyres. It also has a pair of propellers poking beneath its rear bumper, and an interior totally designed to get wet and dry off quickly. Instrumentation is also modified extensively to provide driving and diving information, such as speed, depth, and battery capacity. The sQuba is totally electric powered, and has a set of oxygen tanks and necessary piping for the pair of masks and regulators for the driver and passenger. Exterior pods allow the sQuba to propel itself by pushing water, and the rear propellers allow it to manoeuvre left or right. The open top is necessary to save weight and provide a unique open diving experience. It's so seamless that you can actually drive into the water with minimal fuss. 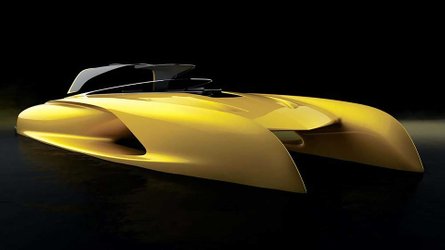 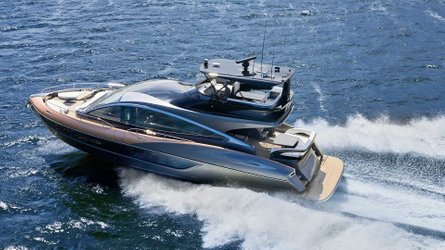 Lexus yacht debuts as a 65-foot cruiser for one-percentres

If you're looking at ordering one of these cars, you unfortunately cannot. There exists only one working iteration, and while a lot of interest was generated when it was revealed, with some wealthy and willing customers ready to get their hands on one, Rinspeed has admitted that the amount of engineering put into the sQuba would not scale properly if production numbers would increase. And with the actual working prototype costing about €1.5-million (approx £1.26 million) to build, this car might go down in history as a one-off toy for the ultra-rich only.