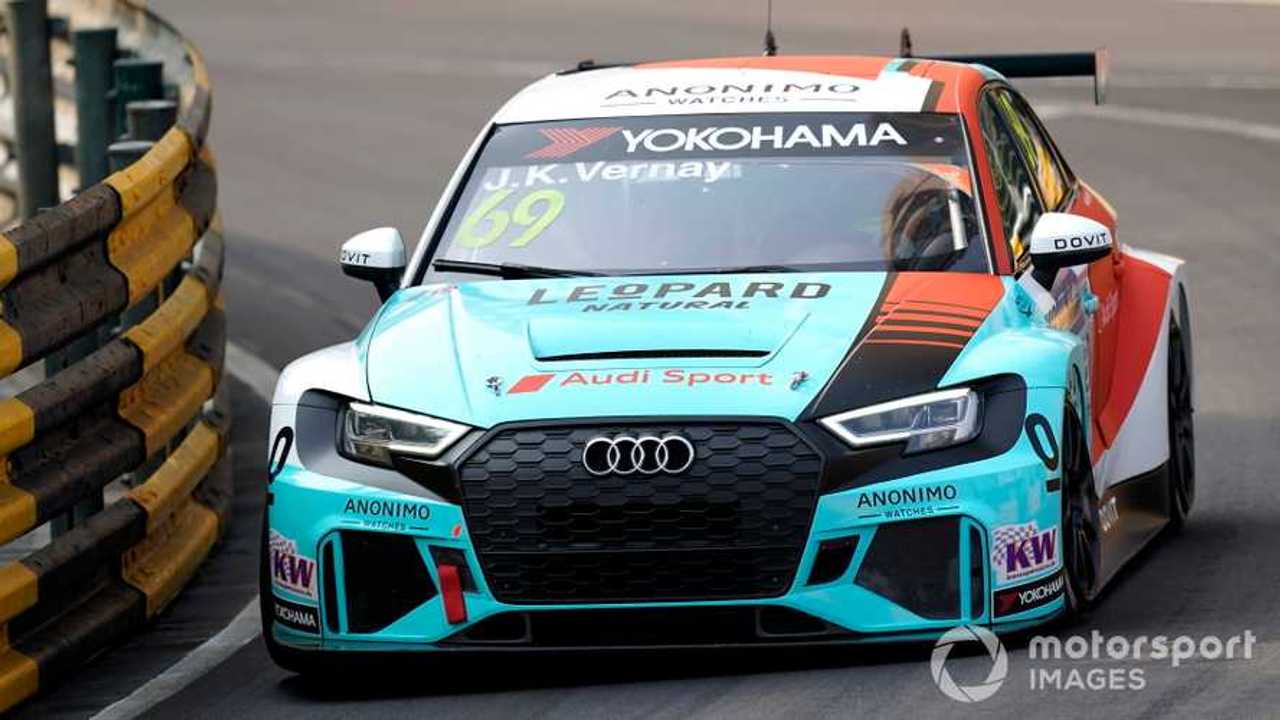 Audi has announced it will end its works involvement in the FIA World Touring Car Cup following this weekend's season finale in Malaysia.

The German marque confirmed the move the day after the factory-supported WRT squad announced it would be leaving the series.

“The FIA WTCR has evolved into an international stage and we’ve been part of it from day one. Since last year, we’ve clinched 25 podium finishes including seven victories,” said Audi Sport's head of customer racing Chris Reinke.

“A big thank you for this goes to our four drivers, Niels Langeveld, Gordon Shedden, Jean-Karl Vernay and Frederic Vervisch, as well as to Comtoyou Team Audi Sport, Leopard Racing Team Audi Sport and our partners. Now the time has come to open a new chapter.”

WRT, which has run Vernay and Shedden for the past two seasons in WTCR, has also ended its single-car TCR Europe programme with Santiago Urrutia. It will instead concentrate on its DTM and GT commitments, as well as "new challenges" that it plans to announce soon.

Of the four Audi Sport drivers that have competed for WRT and Comtoyou Racing this year, only Vervisch's name was included in a statement from the brand last week confirming its 2020 driver roster. This also listed only participation in "worldwide GT programs" for 2020.

Last month Audi's sister brand Volkswagen confirmed it had scrapped plans for a new TCR model after announcing it will end its support of programmes with combustion engines.

Reinke expressed hope that Comtoyou Racing would continue to campaign the RS 3 LMS next season, saying: "We would very much welcome this and wish Jean-Michel Baert and his team that this idea will become a reality."

In the press release confirming its WTCR exit, WRT cited the Balance of Performance employed in TCR categories as a source of frustration in 2019.

"We will keep a lot of good memories and I hope we may have the opportunity to come back [to WTCR] in the future," said team principal Vincent Vosse.

"At this moment, I want to thank the team and all the people that have been involved in these four years in TCR, for their great work and for their passion, and Leopard Racing for the fantastic partnership and support."

Sporting director Pierre Dieudonne added: “As committed professionals, the whole team is determined to do well in this last round and finish the season and our tenure in TCR on a positive note.

"We had a challenging season and have been faced with an uneven playing field, but the team has never lost motivation and has always reacted with great professionalism."

WRT joined the TCR International Series in 2016 and ran Stefano Comini to the drivers' title that year, with Comini and Vernay helping WRT to finish second in the teams' standings.

Vernay then claimed the drivers' crown the following year, and was a title contender in the first WTCR season before finishing fifth with four victories.

He and Shedden have endured a tougher 2019, however, and both are without a win. Vernay is currently 10th, though could end this weekend as high as fifth, while of the 26 full-season drivers, Shedden sits second-to-last in the points.