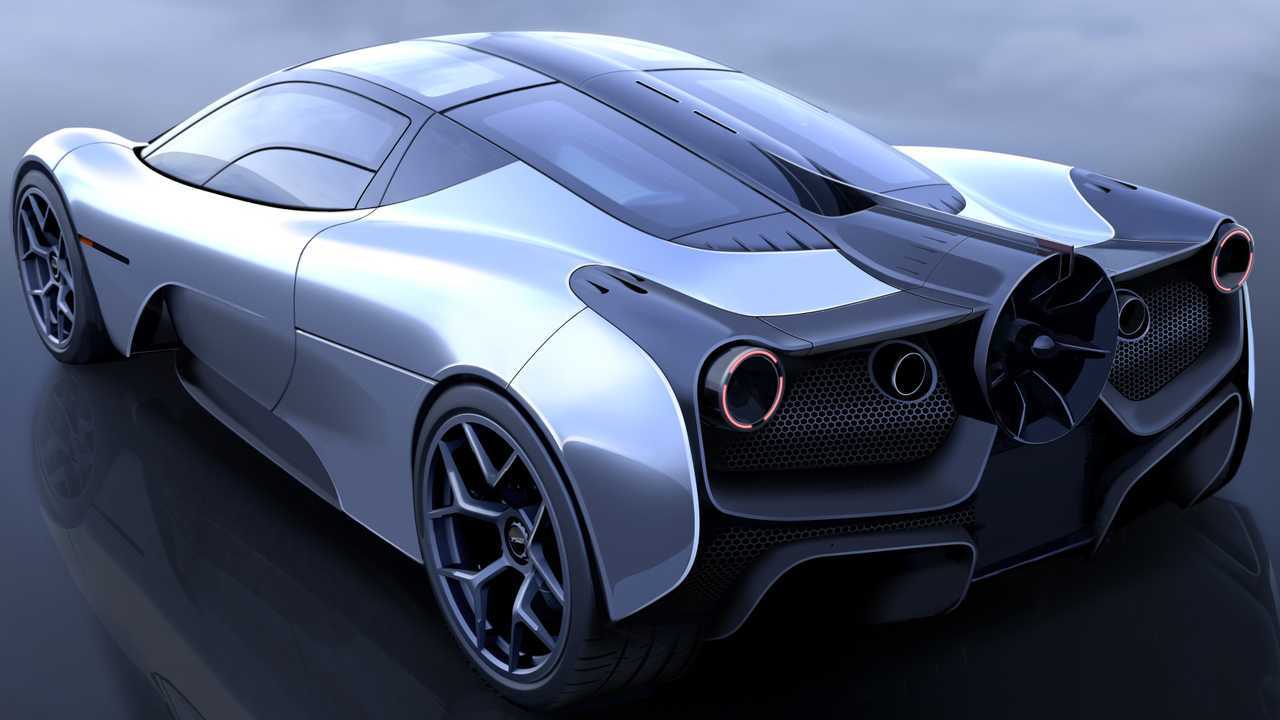 Gordon Murray Design has given a first look at its upcoming T.50 hypercar which is seen as the spiritual successor to the legendary McLaren F1.

The car, the result of a partnership between the legendary Gordon Murray and the Racing Point Formula 1 team, is said to have 'the most advanced and most effective aerodynamics ever seen on a road car.'

Five things we learned from Gordon Murray at the IGM launch

In a nod to a legendary Murray creation, the T.50 features a huge fan at the rear, much like the BT46B 'Fan Car' of 1978 (pictured below). The 400 mm ground-effect fan is part of a unique airflow management system along with active underbody aerodynamics and dynamic rear aerofoils.

"Formula 1 remains a deep passion of mine, so partnering with Racing Point to develop the T.50 is hugely exciting," said Gordon Murray. "I’ve dreamt of delivering a road car with a ground-effect fan since I designed the Brabham BT46B F1 racing car in 1978. The system on the T.50 is much more sophisticated than the Brabham’s and will benefit enormously from Racing Point’s expertise and resources."

The T.50 utilises six different aero modes to optimise the car for different scenarios to balance traction and overall performance. The most extreme mode, Vmax Mode, combines motorsport slipstream technology, extra power from a 48-volt integrated starter-generator, and ram induction to increase power from a base figure of 650 bhp to 700 bhp – all of it sent tot he rear wheels.

That power comes from a bespoke V12 engine developed by Cosworth which revs to 12,100 rpm, making it the highest-revving road car engine ever made.

Along with that, the car weighs a mere 980 kg thanks to a full carbon fibre monocoque and carbon fibre body panels.

In something of a tribute to another Murray-penned car, the McLaren F1, the T.50 features a three-seat layout, with the driving seat in the middle.

Working with Racing Point, Gordon Murray Design has had access to the team's rolling road wind tunnel facilities, as well as the expertise of the team which has achieved four wins and 25 podium finishes in its various guises since 1991.

"Working on the T.50 with Gordon Murray Automotive is an honour and a privilege for everyone at Racing Point," said Racing Point team owner Lawrence Stroll. "Our aerodynamicists will utilise our wind tunnel to harness the very latest Formula 1 expertise and experience for the T.50 project, ensuring Gordon’s revolutionary fan concept delivers its full potential."

"I have admired the design and engineering skills of Gordon Murray since his earliest days in F1, so it is a personal pleasure to support this project, which truly rewrites the rulebook on aerodynamics."

Only 100 T.50s are set to be built, each at a price of around £2 million. Most of the allocations have already been sold, with many already earmarked for the US and Japan.The car is set to be fully unveiled in May 2020.