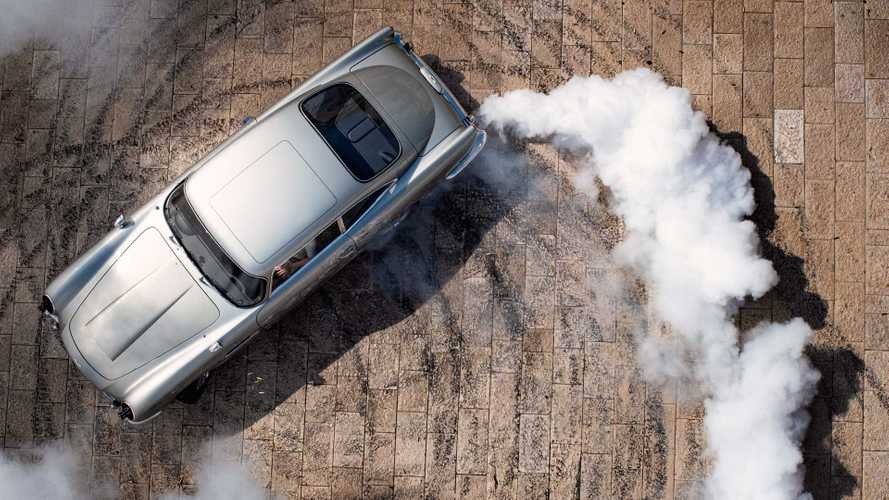 Six vehicles from the latest Bond flick are now on show in London.

Star cars from the latest James Bond film, No Time To Die, have gone on display in London at the Film Museum's 'Bond in Motion' exhibition.

The collection in Covent Garden contains over 20 cars, bikes, and boats seen in the 25 officially-produced Bond Films as well as numerous other screen-used props and costumes.

Now on display is no fewer than six vehicles that appeared in the upcoming film – a purpose-built replica Aston Martin DB5, complete with damage and bullet hits; the Aston Martin V8 Vantage which is returning to the franchise after an absence of 32 years; James Bond’s Land Rover Series III from Jamaica; and a brand new Land Rover Defender 110 driven by a character called 'Ash' with continuity damage from a sequence filmed in Norway.

As well as the four-wheeled stars, a Triumph Scrambler 1200 XE as seen in Matera, Italy and Nomi’s Royal Alloy GT125 scooter from Jamaica have also joined the display.

The replica DB5 joining the Bond in Motion display is one of eight produced for the film. With DB5 prices now sitting north of a million pounds, plus the vigorous demands of filming stunt sequences, it made sense for the production to build a fleet of replica cars fit for purpose.

"A number of the DB5s were fitted out with complete roll cages, safety fuel cells, fire extinguisher systems, hydraulic hand brakes, battery isolators, rally seats and five-point harnesses," he added. "Q Branch gadgets on the DB5 include revolving M134 mini-guns appearing from the drop-down headlights, traditional smoke screen, mines dropping from under the rear bumper and an LED number plate creating a modern take on the Goldfinger (1964) revolving version."

As well as the return of the DB5, No Time To Die will mark the screen debut of the new Land Rover Defender, continuing a long-running partnership with Jaguar Land Rover which began with 2002's Die Another Day – a film which also marked the beginning of Bond's current relationship with Aston Martin.

"At the same time discussions were being held with Jaguar Land Rover to produce the first batch of eight New Land Rover Defenders, a mission shrouded in secrecy as the world had no idea at this stage of the design."