Mid-engined Nissan GT-R50 is what dreams are made of

Chances of seeing it on sale? Close to zero.

The current Nissan GT-R was launched on the market back in 2007, which means it’s now 12 years old and will officially become a teenager next year. While a new one is not coming in the foreseeable future, exclusive variants like the GT-R50 give us a sneak peek at the way the Japanese sports car could evolve in the next years. The project created in cooperation with Italdesign gave designer Rain Prisk inspiration to draw a stunning mid-engine GT-R, which leaves us hoping the next-gen Godzilla will become a proper supercar with the engine mounted right behind the seats. 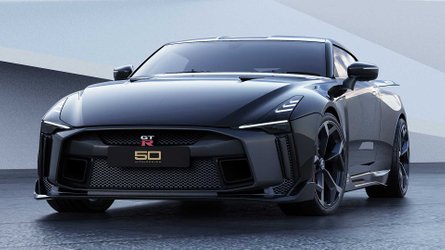 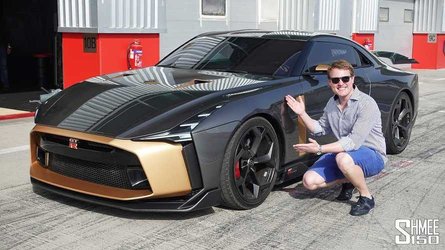 The front end of the rendered car is pretty similar in its design to the actual GT-R50 with sleek headlights and a massive diffuser panel integrated into the bumper. Significant changes happen at the side profile with the mid-engined car being lower and featuring wide air intakes next to its doors to provide fresh air to the engine bay.

Of course, being a mid-engine car, the overall proportions are vastly different and Prisk combines the sleeker silhouette with larger wheels hiding under beefier arches. Just imagine a twin-turbo 3.8-litre V6 engine roaring behind the seats with 710 bhp and 575 pound-feet of torque.

Unfortunately, most recent reports indicate Nissan has no immediate plans to replace the current GT-R with a new model. In fact, it is believed a new GT-R may not arrive until 2027 as the company hasn’t decided whether to go hybrid or full electric yet. Nissan’s GT-R team led by Hiroshi Tamura thinks the current platform could go for 20 years without any major changes, which basically means minor modifications could guarantee at least eight more years on the market for the current model.