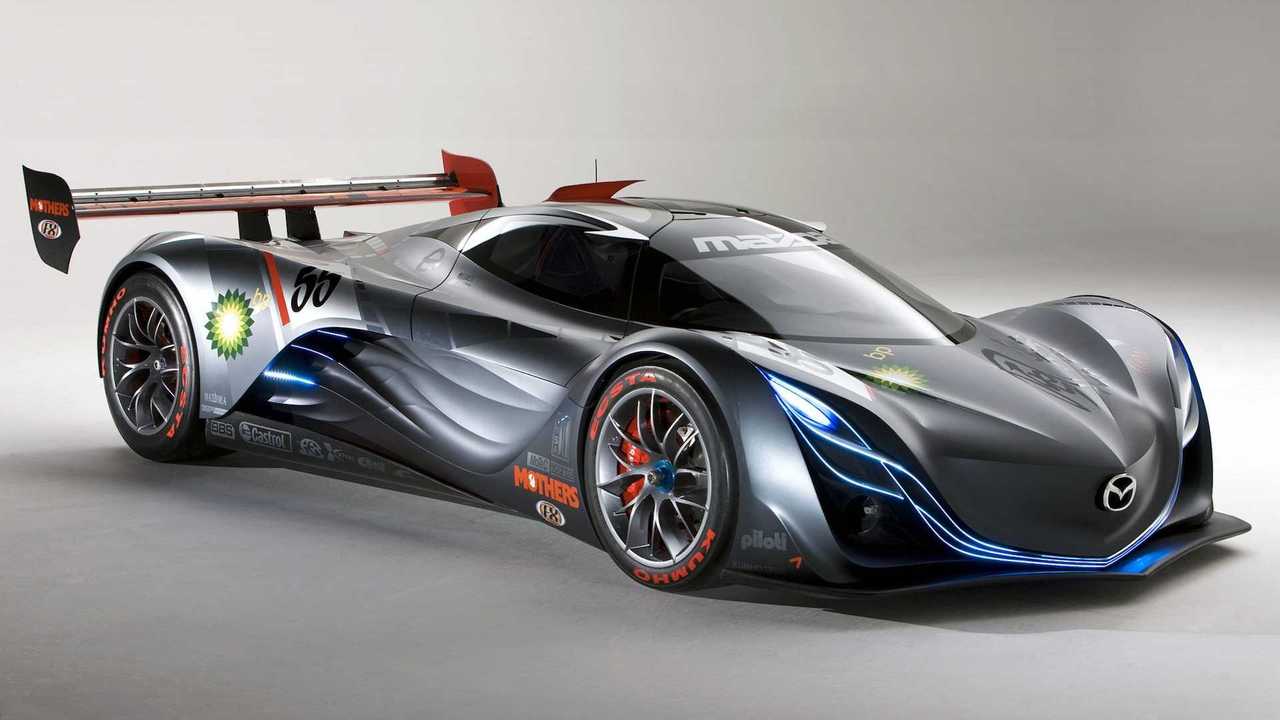 The stunning Mazda supercar that never was.

In the mid to late 2000s, Mazda proved it wasn’t giving up on the rotary engine yet. The company still found success in the RX-8 sports car, a sort of not-so-direct successor to the beloved RX-7. And in 2008, Mazda debuted a jaw-dropping, Wankel-powered concept at the Detroit Auto Show known as the Furai, meaning "Sound of the Wind."

Mazda never intended to build a production version of the Furia. The company created it as a race car from the start, destined to compete in the American Le Mans series. The Furia wore outrageous red and silver aero work and the number "55" as a nod to the Le Mans-winning 787B. But a few issues kept the project from ever reaching the track.

The Furia used a complicated tri-rotary Wankel engine. The engine, essentially a modified version of the 20B found on previous road-going Mazdas, ran on E100 ethanol fuel. The Furai was fully functional, sure – the company tested it on various tracks, including Laguna Seca and Buttonwillow. But the car ended up acting as a rolling testbed for things like future design and aerodynamic testing, rather than racing. And then the accident happened…

In 2008, soon after the debut of the Furai in Detroit, the company handed over the keys of its beloved prototype to test drivers at Top Gear. During a photo session at Bentwaters Park Air Force base in the UK, driver Mark Ticehurst noticed smoke from the engine bay. Ticehurst escaped unscathed, thankfully, but the entirety of the Furai went up in flames in a matter of minutes before crews could extinguish it.

After learning of the incident, Mazda brought the charred remains of the concept back to its Advanced Design Studio in Irvine, California where the company recreated it, but never went back to the project again. In a 2013 interview with Road & Track, then senior designer, Carlos Salaff, had this to say about the accident: