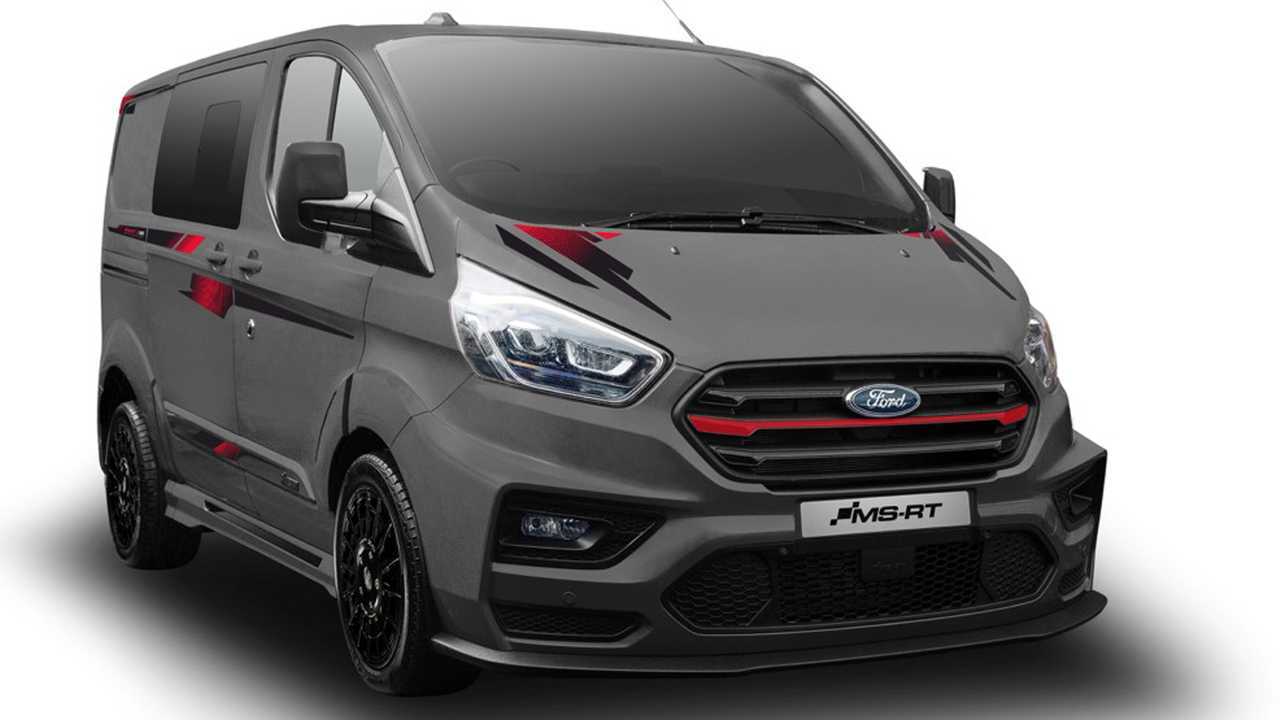 Just 40 of the modded vans will be made.

The newcomer is based on the Transit Custom DCIV 5-seat double-cab model, and it will be offered only with a "stealthy" Slate Grey paint job from Ford’s own Special Vehicle Operations department. Just 40 examples will be built at MS-RT’s factory in Pontypool, South Wales, but the company says the limited-edition status of the van will guarantee its place as a “future collectors’ item” and the exclusivity will help the van “stand out” on the road.

To further help the Transit Custom achieve that goal, it will come equipped with an ultra-aggressive bodykit and the “unique” radiator grille with a red flash. Some red-and-black rally decals, which MS-RT describes as “subtle”, will further add to the effect, while the look will be finished off by gloss black, 18-inch OZ Racing alloy wheels and gloss black exhaust tips.

Inside, meanwhile, the R185 gets a full carbon-fibre steering wheel with a red centre line and stitching, plus red-stitched leather upholstery. A rear-view camera, 230-volt power inverter and cruise control all feature, too.

And the tech additions don’t stop there, with bi-xenon headlights and advanced driver assistance systems such as blind-spot monitoring all included. Perhaps even more appealingly for some customers, though, the R185 also comes with a Maxhaust exhaust system, which uses app-based technology to deliver the sound of a sports exhaust through the van’s integral speakers. This, MS-RT says, gives the van “a soundtrack to match its impressive road dynamics”.

Customers will get the option of short- and long-wheelbase variants, as well as a choice of manual or automatic transmissions. Prices start at £37,995 plus VAT and initial on-the-road costs, but like all MS-RT Transits, the vehicle will come with a three-year, 100,000-mile warranty, and can be serviced at a Ford dealer.

MS-RT’s founding director, Edward Davies, said the R185 was a response to the success of the ‘standard’ MS-RT Transit Custom, and claimed the vehicle would become an “icon” for MS-RT fans.

“The MS-RT Transit Custom has already been a huge success and we’ve developed the R185 in response to customer demand for something even more bespoke,” he said. “The limited-edition model is sure to sell out very quickly and become an icon among fans of the MS-RT brand.”