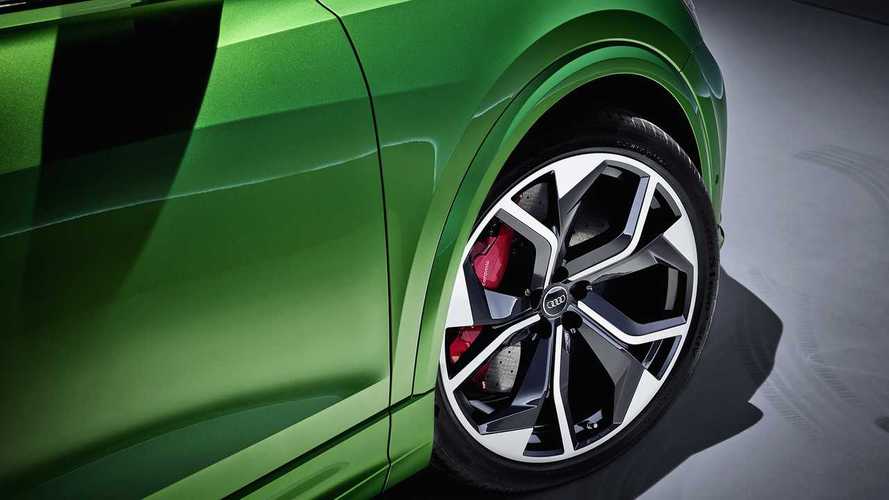 We can't deny that large wheels affect a car's design by a mile. Average wheel sizes in cars have increased through the decades, plus the fact that bigger wheels on higher-level trims of cars will cost you more is a solid testament that bigger wheels are generally better. Well, in terms of aesthetics anyway.

But just how large are we looking at, really? What's the limit for wheel size? According to Audi design chief Marc Lichte, the 23-inch alloys of the new RS Q8 is close to the limit. Anything bigger than that would "make no sense," says Lichte in a report by Motor Authority.

The Audi RS Q8 rides on a standard set of 22-inch alloys, however, buyers of the 592-bhp SUV have the option to go 23 inches, which are also available in different colours, by the way. It's also wrapped in the biggest tyres ever fitted on a production Audi, measuring 295/40.

While the RS Q8's wheels and tyres are gargantuan, it looks like this would be the biggest we'll ever see on an Audi. Lichte said that the biggest Audi SUV isn't going to get bigger, which means a bigger set of wheels would be pointless.

The RS Q8 is officially the fastest SUV at the Nürburgring:

Audi is also on the verge of electrification, which allows for smaller vehicles with a roomier cabin. With that said, we might not be seeing a bigger Q8 on its next life cycle.

Lichte, however, might be speaking exclusively for Audi. GM design boss Michael Simcoe said that bigger 24-inch – or even 26-inch – wheels are coming. As to which car these huge sets are going to fit, we're not entirely sure.