Alonso hits back at 'self-centred' suggestions 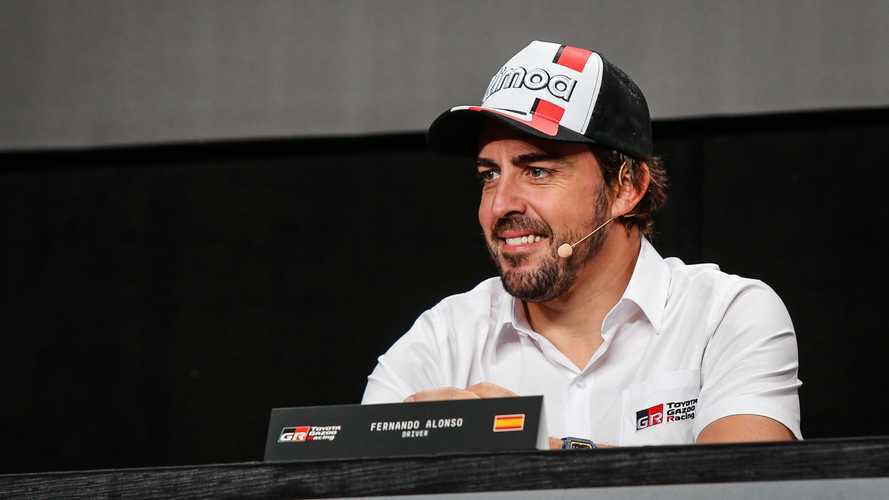 Fernando Alonso has hit back at suggestions that he is a ‘self-centred’ driver – pointing out that the kind of troubles Ferrari faced between teammates this year never happened when he was there.

Ferrari endured a run of headaches in 2019, with Sebastian Vettel and Charles Leclerc clashing over slipstream assistance at Monza, team orders in Singapore and Russia, and then crashing into each other in Brazil.

Speaking ahead of the FIA Prize Gala in Paris, Alonso laughed off a suggestion that he had a reputation for being ‘self-centered’

“I think the reputation is always one thing and the facts are different,” said the Spaniard, who won the 2018-19 WEC title.

Coming back to F1?

"I know these collaborations. So when we talk about reputation, it is better if we look at the facts.”

Alonso says that he was always honest with himself in his switch to WEC about his limitations, and how much he needed to learn from teammates Sebastien Buemi and Kazuki Nakajima.

“It was not a problem to share with these two guys because obviously, they had the experience in endurance,” he said.

Alonso’s next challenge in motorsport is an assault on the Dakar Rally. And despite an intensive test build-up, the Spaniard admits he faces a tough challenge.

Asked if he felt ready, he said: “Listen, if I go there, to enjoy the experience - yes. If I go there to make the most of it - yes. But if I think of it in terms of winning Dakar, I don't feel ready.

“I'm perfectly aware of both my lack of experience. I think you know, there are races that I attempted, like Indy, or Le Mans or Daytona, I felt quite competitive and that I could good fight for victory. In Dakar I don't think I'm at that level.

“But I will play a different strategy. I will not be the fastest but hopefully I will be in a good position in the end.”