Electric Alfa Romeo Giulia debuts ahead of going racing in 2020 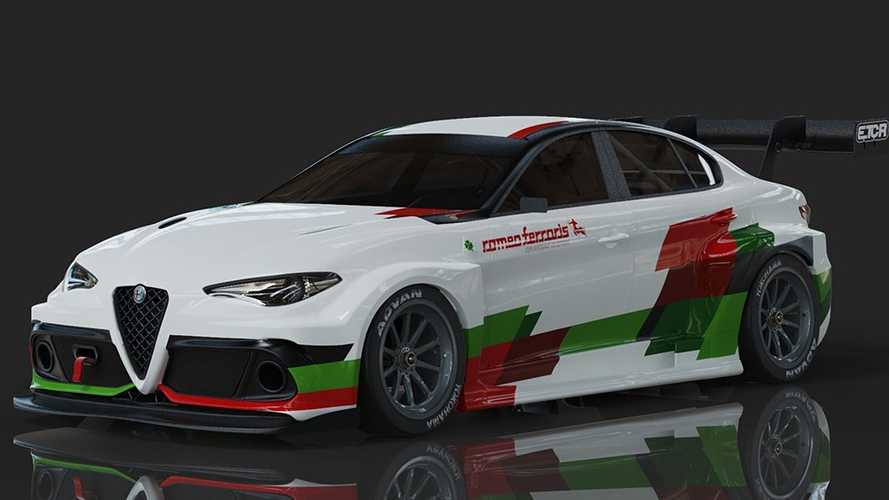 All the competitors in the series share a powertrain package making max power of 671 bhp.

The Alfa Romeo Giulia becomes an EV for a new entry in the upcoming ETCR series, which is for electric vehicles derived from production cars. The Romeo Ferraris team from Monza, Italy, is creating the machine, and competition begins in 2020.

Romeo Ferraris released the first image of the race car on Instagram (above). The crew is the first non-factory team to join the ETCR Series. Other entries include automaker-backed efforts from Cupra and Hyundai.

The ETCR series begins in 2020 with a four-race calendar, but the number of events should grow in 2021. The rules stipulate the racing machines must use a four- or five-door production vehicle as a starting point. They must use an electric motor with 402 bhp of continuous power and 671 bhp of max power. The models pack a 65-kilowatt-hour battery. A single-gear transmission would drive the rear wheels.

The motor, gearbox, inverters, and battery pack are a common package for each vehicle, but the teams can figure out how to fit it into the chassis.

Romeo Ferraris is familiar with racing Alfa Romeos after designing and producing the version of the Giulietta for the existing TCR series. It has scored wins in both the TCR International Series and FIA WTCR.

"After giving the Alfa Romeo Giulietta TCR the best results that could be achieved by an independently-run programme such as ours, we are taking a brave dive into the new ETCR series concept. We believe that electric is the obvious choice for the future, not only for automobility but also for motor racing," Michela Cerruti, Romeo Ferraris Operations Manager, said in its announcement of taking the Giulia racing.