New BMW M4 spied being unloaded from a trailer 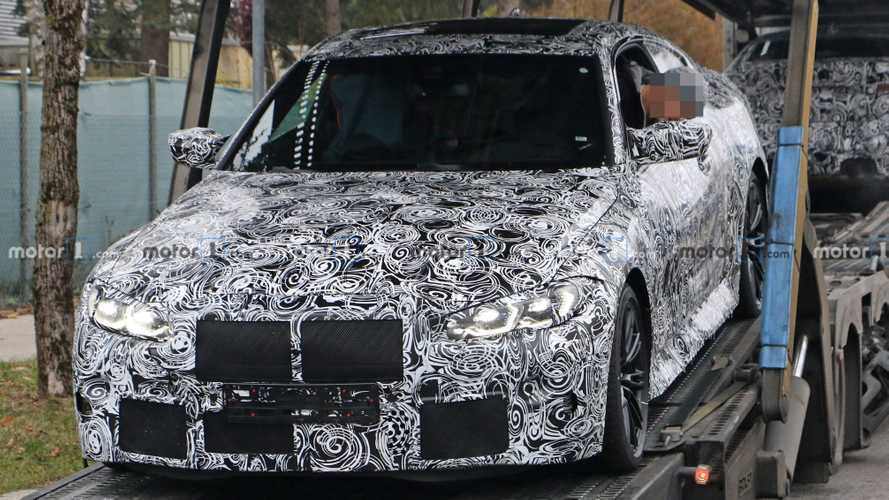 These are the very first spy photos depicting the next-generation BMW M4 Coupe. Seen here is a heavily camouflaged prototype being unloaded from a lorry somewhere in Germany, possibly near the BMW's HQ in Munich. The performance two-door Bimmer is wearing its production body, as well as its final headlights and taillights.

The disguise at the front is still significant and is not letting us answer what we believe is your main question regarding the new M4 - is it really going to feature the same massive radiator grilles as the Concept 4? A closer inspection of the test car reveals there’s a large grille integrated into the lower section of the bumper but we can’t confirm whether it’s attached to the upper grille panel or not.

While a thin layer of camouflage foil is covering the rear end, the exact shape of the LED taillights is clearly visible. Meanwhile, the interior is completely covered and this leaves us wondering if BMW has some surprises for the dashboard layout.

As far as we know, the new M4 Coupe, together with the M4 Convertible and the M3, will be powered by a version of BMW’s S58 inline-six 3.0-litre turbo engine. That motor debuted with the X3 M and X4 M performance SUVs and is expected to deliver 480 bhp or 510 bhp in Competition guise. Earlier this year, the automaker also hinted more powerful CS and CSL variants could be planned.

It was confirmed the new M3 will be available with a manual gearbox so it’s logical to expect the same stick-shift option to be offered for the M4 as well. All-wheel-drive and rear-wheel-drive configurations should be available, plus a torque converter automatic.