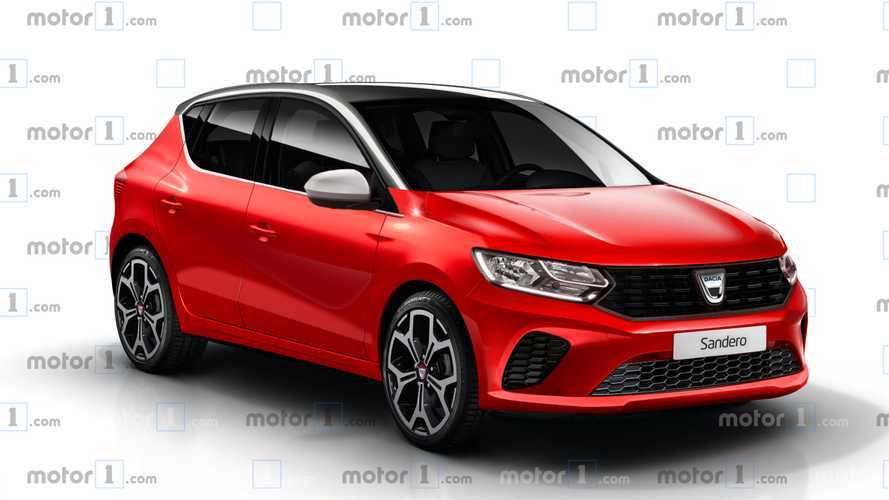 The Romanian supermini will be all-new in 2020.

Renault’s decision in 1999 to buy Dacia and turn it into an affordable brand offering reliable cars has turned out to be a stroke of genius as the Romanian automaker is enjoying great success. Even though from a technological perspective cars such as the Sandero / Sandero Stepway are seriously outdated as some of the supermini’s bones date back to the Renault Clio II launched back in 1998, most buyers don’t care about that. There are lots of people out there only interested in getting from point A to point B while staying on a strict budget, and Dacia deliveries just that.

The new Sandero coming next year will represent a major improvement compared to the current subcompact hatchback since it will literally be an all-new vehicle. Riding on a low-cost version of the Clio V’s CMF-B platform, James May’s favourite car was spotted a couple of months ago all covered up in camouflage. Our rendering attempts to digitally remove the disguise and imagine what will likely be a more upscale design of the city runabout.

While it won’t look as nice as the Clio, nor will it have its sophisticated interior design and refinement, the Sandero should still bring much-needed upgrades over the outgoing model. Engine options are likely going to mirror those of its fancier Renault counterpart, although we have a feeling the turbocharged 1.33-litre mill with its seven-speed dual-clutch automatic transmission won’t make the cut since there’s a risk it could cannibalize sales of the top-spec Clio.

That said, a more potent Sandero could be in the works if we were to rely on a recent report published by French magazine L’Argus. They’re saying the crossover-inspired Stepway variant will be offered with a hybrid powertrain good for about 140 bhp courtesy of Renault’s E-Tech setup with a naturally aspirated 1.6-litre unit, an electric motor, and a 1.2-kWh lithium-ion battery pack.

It is believed Dacia will unveil both the Logan saloon and Sandero hatchback early October 2020 at the Paris Motor Show, although we’re hoping an online debut will take place a few weeks sooner. With low pricing being vital to the success of all cars built at the factory in Pitesti, reports suggest they won’t increase more than 200-300 euros compared to the current model.