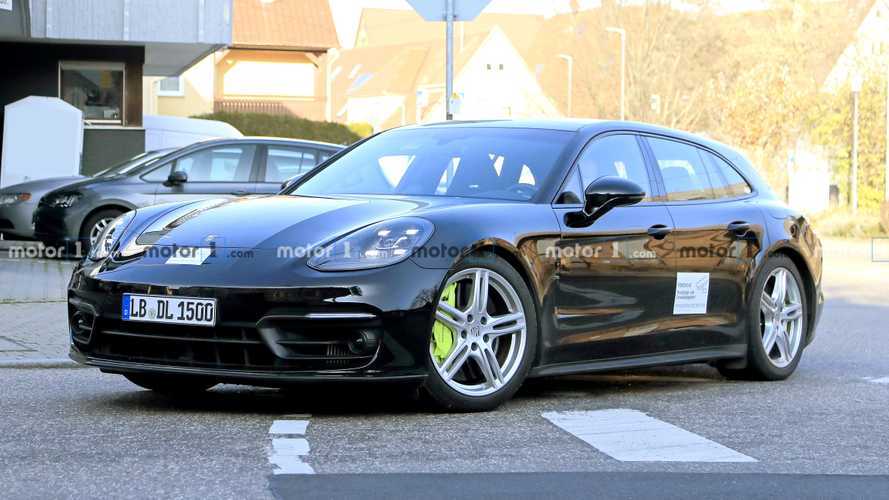 The sporty estate is getting an update, but can you spot what's new?

The Porsche for the whole family is getting a nip and tuck as our spies have caught on camera a couple of prototypes depicting the Panamera Sport Turismo out and about hiding minimal changes. The camouflage is so subtle you might be tempted to believe these are just current Turbo and E-Hybrid versions of Stuttgart’s estate, but look closer and you’ll notice some black tape hiding what will surely be some discreet tweaks.

From what we can see so far, Porsche’s cosmetic surgeons are going to operate on the front bumper as well as on the tailgate around the area of the taillights. There is a possibility these estate test vehicles did not have all of the new bits since the changes appear to be minimal, even for a mid-cycle refresh of a model carrying the famous crest from Zuffenhausen.

Although it won’t look that much different from the outside and the cabin will likely be largely carried over, the Panamera lineup is set to go through some important changes. It is believed the engineers are going to implement mild-hybrid technology on some of the engines to cut down fuel consumption and increase low-end power to fill the gap until the turbocharger spools up.

We’d take the report about a Panamera coupe and convertible with the proverbial pinch of salt since the two new derivatives are allegedly slated for a 2020 launch and yet we haven’t seen any spy shots whatsoever. While a modern-day 928 does make some sense when you think about it, launching a cabrio seems like a risky move taking into account sales in this segment have dramatically decreased in recent years.

The rumour mill also points towards the direction of a new range-topping Panamera with as much as 800 bhp for the saloon, and we don’t see a reason why the long-roof model shouldn’t also spawn this flagship variant.

Porsche is expected to gradually refresh the entire Panamera lineup.

The future of the Panamera:

Porsche Panamera spied inside and out with discreet updates
⠀