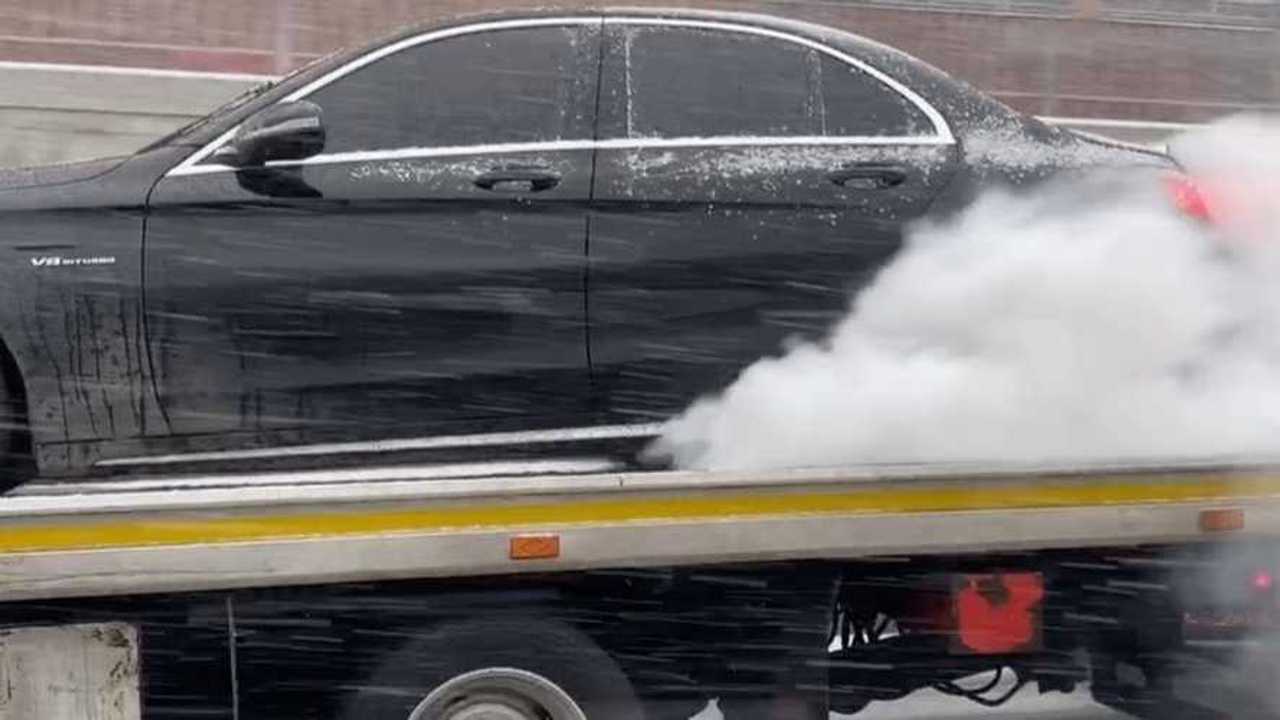 Reckless drivers never cease to amaze us as they always seem to discover new ways to put themselves in danger along with other traffic participants. The latest example comes from Russia where someone decided to obliterate the rear tyres of a Mercedes-AMG C63 S Saloon by doing a burnout while strapped onto a flatbed that was in motion on a snowy road in Saint Petersburg.

We would be lying if we said it doesn’t look cool, but this seems like an accident waiting to happen. As a matter of fact, the driver actually lost control of the high-performance saloon and slammed the Mercedes into the front and side rails of the flatbed, causing some minor damage to the wheel as well as the front fascia.

Having this much confidence in the straps that hold the car in place is quite risky in our opinion as imagine what would’ve happened if the car had ripped them off. That's especially true when the vehicle in question is capable of sending a whopping 503 bhp to the rear wheels.

We’re sincerely hoping this is a one-time thing the driver did to get it out of his system and others won't take inspiration from his reckless behaviour. The sad part is he isn't the first one to do a burnout on a moving flatbed truck, and we have a feeling he won't be the last.

The C63 is among the last AMG models to be offered exclusively with rear-wheel drive. That said, its bigger brother, the E63, can also perform duties as a pure RWD car provided the driver switches on the Drift Mode sending all of the engine’s power to the rear axle. The next-generation C63 is rumoured to get a 4Matic system and might actually downsize from a V8 to a four-cylinder engine part of a plug-in hybrid powertrain.

Watch the 1500 hp Koenigsegg Regera do a massive burnout