New Audi A3 Saloon rendered based on latest spy shots

The Volkswagen Group has raised the bar with its new wave of C-segment cars kicking off with the eighth-generation Golf and the fourth iteration of the modern Skoda Octavia. It makes us wonder what Audi has prepared for the mechanically related yet fancier A3. The model carrying the iconic Four Rings surely has an ace or two up its sleeve to justify the significant premium it will command over the two cars and also compared to the revamped SEAT Leon coming in 2020.

The new A3 in saloon flavour was spotted last week without any camouflage whatsoever, but it did have a car cover masking what will surely be an evolutionary design compared to the outgoing model. Our Russian pals over at Kolesa.ru have decided to digitally remove the car cover and expose what they believe Audi’s next compact luxury saloon is going to look like.

Our first impression is of a downsized A4 Saloon facelift, which isn’t really all that surprising knowing Audi’s current styling formula. A predictable design isn’t necessarily a bad thing, and German cars have been playing it safe for quite some time while still enjoying great sales success. Of course, variety is the spice of life and some people would prefer a bit more diversity, but an automaker can’t please everyone.

With Mercedes launching an A-Class Saloon, it means Audi’s next A3 Saloon will have to face some stiff competition. It’s especially true when you take into account the swoopy CLA is way more desirable than before and BMW also has a sleek new 2 Series Gran Coupe now. While the exterior won’t represent a major departure compared to the current car, the cabin will go through some major changes, specifically, the tablet-styled MMI infotainment will be replaced by a touchscreen integrated into the centre console.

The fit and finish of the cabin should continue to be on a higher level than the Golf’s, and the updated MQB underpinnings could bring some improvements in terms of space for passengers and their luggage. Engine options for the smallest Audi saloon in the range are expected to mirror those of its MQB-based siblings, and that should include mild-hybrid tech and a plug-in hybrid powertrain available right from the start.

The A3 should debut in the first months of 2020 initially as a Sportback in Europe before getting a proper boot for the global A3 Saloon likely due as a 2021 model. The S3 is probably earmarked for a 2021 launch, with the already spotted RS3 to arrive at a later date with the glorious five-cylinder turbo engine pumping out nearly 400 bhp.

The spicy S3 has been caught by the spy camera: 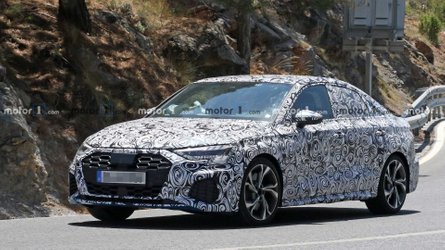 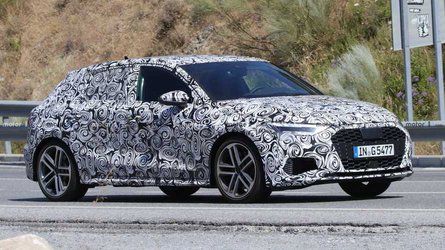