F1 teams no longer allowed to hide cars in testing 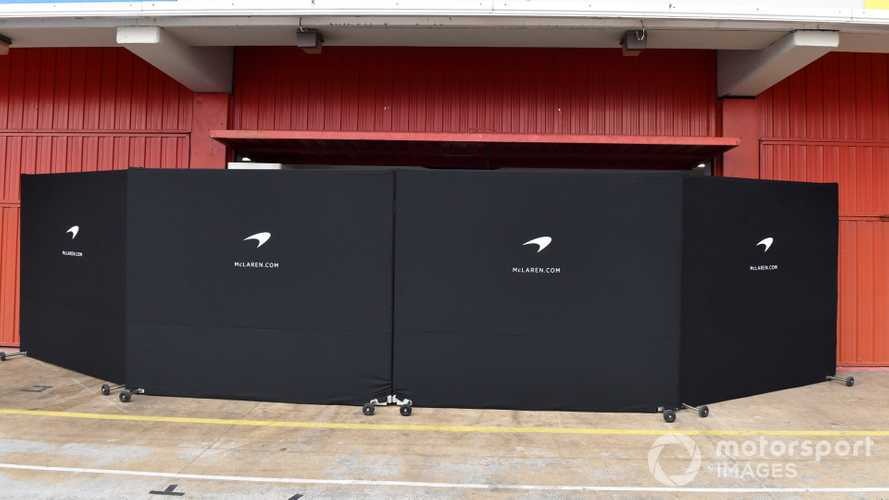 Formula 1 teams will not be allowed to hide their cars from fans and rival teams during winter testing, following a rule change agreed by the FIA.

Although F1’s regulations force teams to keep cars on display at grand prix weekends, there have previously been no such restrictions at testing.

That means teams, eager to keep their tech developments secret from rivals, have put covers on car parts or kept them completely hidden behind screens during the pre-season build-up.

But at a meeting of the FIA’s World Motor Sport Council, it was agreed that a rule change be introduced that prevents teams from hiding their cars.

Williams confirms Latifi alongside Russell for 2020

A statement from the governing body said that the FIA had approved: “Wording to prevent teams from covering their cars during winter testing, in order to make these events more appealing to the media and fans.”

Other changes approved by the FIA including rules regarding the sampling and testing of fuel at events to ensure they comply with reference declarations.

The FIA has also confirmed the appointment of three standard suppliers from 2021. BBS will provide wheel rims, Magneti Marelli will deliver fuel primer pumps and Bosch will supply the high pressure fuel pump and piping.

The new rules mean that the same restrictions team have at F1 events will be in place during the time of track running at the tests.

The rules state that: “no screen, cover or other obstruction which in any way obscures any part of a car will be allowed at any time in the paddock, garages, pit lane or grid, unless it is clear any such covers are needed solely for mechanical reasons.”

There are also specific bans on:

* Engine, gearbox or radiator covers whilst engines are being changed or moved around the garage.

* Covers over spare wings when they are on a stand in the pit lane not being used.

* Parts such as (but not limited to) spare floors, fuel rigs or tool trolleys may not be used as an obstruction.

Some covers are allowed including transparent tool trays, rear wing covers to protect mechanics firing up the car, tyre blankets and covers when it is raining.