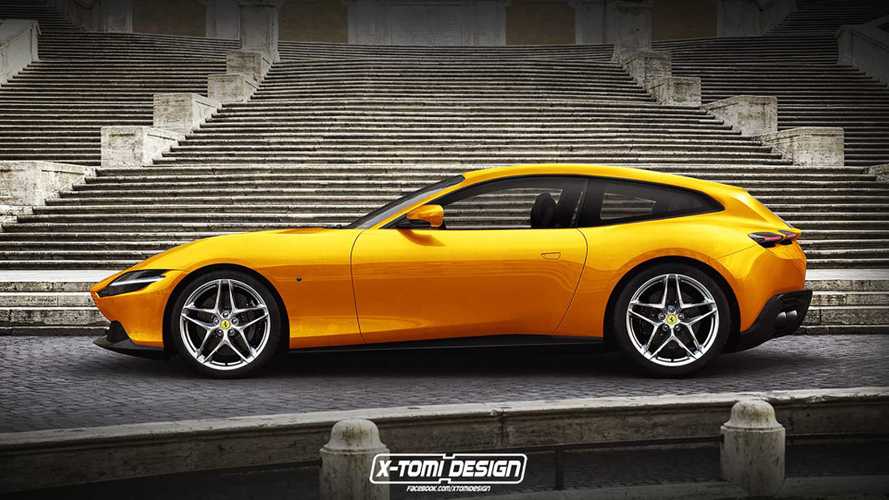 For Ferrari, the Roma was the red, ripe cherry atop its mountain of supercar deliciousness the company built this year. In 2019, Ferrari unveiled five new models, and, while next year will be slower for the Italian automaker, we couldn’t help but share two new Roma renderings that show the svelte new model as a cabriolet and shooting brake – and the Roma wears both body styles well.

Ferrari wants to tap into new customer base with Roma
⠀

Mick Schumacher drives Ferrari F2002 at Fiorano, ahead of auction

Early spy photos of the Roma pegged the model as a Ferrari Portofino coupe; however, as the unveiling drew near, rumours began to spread that the model would receive its own, unique name. That’s why the Roma convertible rendering is so exciting. It doesn’t feel like a preview of a drop-top Roma. Instead, it looks like a next-gen Portofino, even though the Portofino’s styling is much more aggressive and modern. But the Portofino has only been in production for a few years, so Ferrari is unlikely to update the model just yet.

The Roma shooting brake looks like a smaller GTC4Lusso, and boy, that’s not a bad thing. The elongated roof and hatch blend well with the Roma’s rolling rear quarter panels. Even the Roma’s sweet taillights flow with the shooting brake design. One downside to its small footprint would be the cramped rear seats, which were already atrocious with the Portofino though the taller roof of the shooting brake could make short stints liveable.

For Ferrari, the Roma is something new. One reason Ferrari is slowing down its reveal schedule is to focus on making sure the Roma and the other models it revealed this year are all sales successes. Ferrari also hopes to tap into a new customer base with the Roma, a “less intimidating car” for the car-buying public. The design isn’t as wild or extreme as other Ferraris, but it’s still dripping with an Italian flare.

And “less intimidating” is subjective. It still packs a 3.9-litre twin-turbocharged V8 making 612 bhp. It hits 62 miles per hour 3.4 seconds and has a top speed of over 199 mph. That's not intimidating at all.