2020 Vauxhall Insignia gets the mildest of facelifts 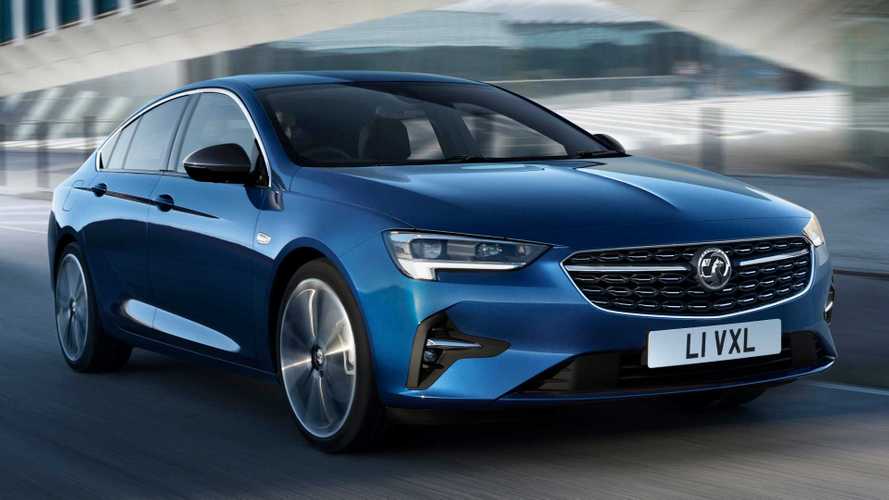 Can you spot the updates?

It was more than a month ago when the Chinese version of the Buick Regal received a nip and tuck and now its European cousin is getting the changes as Vauxhall is unveiling the 2020 Insignia. You’d have to be a die-hard fan of the Rüsselsheim brand to spot the updates right away since the exterior design tweaks have been kept down to a minimum. The front grille is perhaps the most noticeable due to its new pattern and a chrome edge, but it’s not something to write home about.

The mid-cycle refresh prepared for the Insignia also comes along with revised adaptive beam IntelliLux LED headlights featuring 84 LEDs per cluster, along with circular fog lights and a discreetly modified front bumper. At the back, you’ll observe the reshaped tips of the dual exhaust system and a mildly updated bumper rounding off the changes on the outside.

While images of the interior are not available at the moment of writing, we do know the 2020 Insignia now boasts smartphone wireless charging and an upgraded infotainment system with a fresh new look for the navigation. A newly developed reversing camera is also part of the revised technological package introduced with the facelift.

Vauxhall will have the Insignia on public display in January 2020 during the Brussels Motor Show in Belgium when hopefully we’ll find out about any possible changes to the engine lineup. Although the adjacent images are only showing the Grand Sport liftback and the more practical Sports Tourer estate, the rugged Country Tourer should follow later next year when we’re also expecting to see the updated Insignia GSi.

Luton – Vauxhall has revealed first images of the all-new Insignia, the brand’s flagship large saloon with a refreshed design and a wide range of improved technology features. With its dynamic exterior styling, high levels of efficiency and innovative new functions, Vauxhall (along with sister brand Opel) is looking to add to the success of the 1.2 million Insignia models delivered to customers (over 300,000 to UK customers) since it was first introduced ten years ago.

The new design of the flagship saloon reimagines the Insignia’s front and rear styling, reshaping the exterior appearance of the car to accommodate class-leading new technology and equipment. The front of the car has a new look to house the impressive next-generation IntelliLux LED headlights, with 84 LED elements in each dipped beam for added efficiency, also improving visibility for night driving. The rear of the Insignia is revised to include new features extending to a rear-view camera and a rear cross traffic alert system.

Class-leading IntelliLux LED technology is equipped in the Insignia’s headlights for the first time. The Vauxhall-exclusive feature is deployed in the Insignia for high energy efficiency and to project more light for safer conditions driving at night. An industry-leading total of 84 LED bulbs are fitted in each headlight, instead of the previous 16, allowing the camera-connected control unit to react faster and with more precision to every traffic situation.

The light beam is automatically switched between a dipped and main beam during night driving, with the IntelliLux LED technology able to adjust seamlessly in milliseconds. The precision of these new headlights reduces the possibility of glare for oncoming or preceding traffic, as the light unit scans the road to be constantly reactive.

The power of the new IntelliLux LED headlights has been significantly increased, while the reduced energy consumption of the units makes the Insignia more efficient overall. The 84 LED elements are arranged in three rows within the ultra-slim headlight unit. The headlights can be used as LED daytime running lights (DRLs), dipped or main beam to suit the conditions.

Range and direction of the headlights vary according to the driving situation and surroundings. The light functions range from adapting to a curve in the road, to bad weather, to town, country or motorway driving. On the motorway, light beams are extended beyond the line of sight ahead so drivers can clearly see roadside signs, also reducing glare for oncoming drivers. The lights are also optimised to make parking easier.

With a new front and rear design, the flagship large saloon is reimaged with bold, yet attractive styling. The front of the Insignia Grand Sport follows the example set by the shape of the innovative new headlights, with the new chrome-edged radiator grille wider and featuring more prominent slats, making the Vauxhall logo in the middle appear larger. The LED DRLs are now positioned at the bottom, instead of the top, of the headlight unit.

Overall, the new Insignia looks lower and wider than before, thanks to the position of the air inlets with integrated fog lamps. It looks sharper and more coupe-like in its styling than ever before, with the Insignia’s design defined by clear lines. The slim, horizontal lines of exterior design continue into the interior, with precisely placed chrome accents adding to the stylish ambience in the top-of-the-range model.

The newest version of the popular Insignia model features class-leading technology and equipment. As a first for this flagship model, the Insignia features a new rear-view camera that improves rearward vision. Safety in reversing can be increased with the optional rear cross traffic alert, which uses radar sensors to detect objects 90 degrees to the left or right behind the car, up to a distance of 20m away. The driver is warned by acoustic signals, and on the display screen.

For driver convenience, infotainment options are compatible with both Apple CarPlay and Android Auto, from the basic seven-inch colour touchscreen Multimedia Radio to the Multimedia Navi Pro unit. The top-of-the-line version features an eight-inch touchscreen and a number of Connected Navigation services. Journeys can be made easier with real-time traffic information, online map updates and predictive navigation for route planning, while new symbols give the navigation display a fresher, more modern appearance.

The optional E-Call system exclusive to Vauxhall can be specified for Insignia orders, automatically sending an emergency call if the seatbelt tensioners or airbags are deployed. Alternatively, help can be summoned in seconds by pressing the red E-Call button.

Innovative tech features are not limited to the running features or infotainment unit as ergonomically certified AGR sears are available as an option for the driver and passenger, while compatible smartphones can be charged wirelessly.