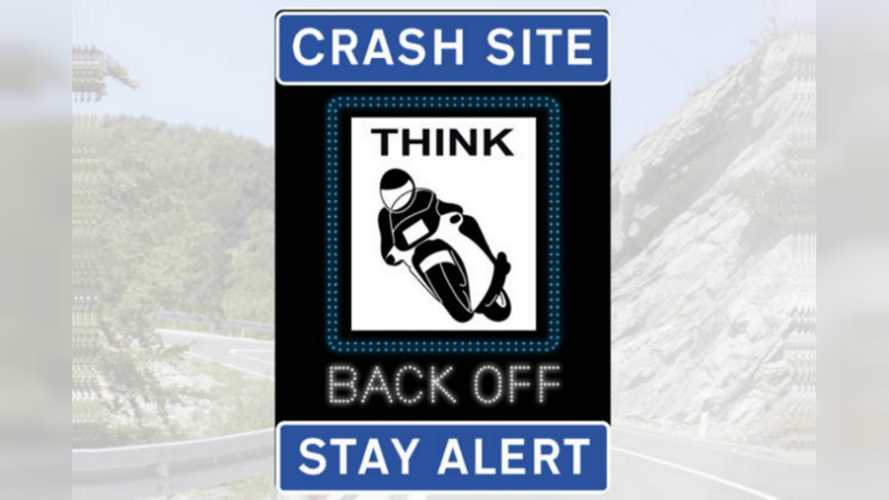 Are they safer, or distracting?

There’s a company in the United Kingdom which is creating road signs just for motorcyclists. They’re quite similar to the “YOUR SPEED IS” signs you might see around the well-travelled roads in your neighbourhood but these have pictures of bikes on them. They emit radar to detect oncoming vehicles, at which point the signs will light up to spell out “BACK OFF.”

This vintage video is 1960s Britain at its best

Motorcycles are a major form of transport in the UK: lane-splitting is legal and they’re often the fastest and most efficient way to get into city centres through traffic. However, motorcyclist fatalities have increased year over year, and this could be one way to combat that dire statistic. Department for Transport (DfT) studies have determined that in a significant portion of the crashes recorded, inadequate signage was the main culprit.

We’ve all been there, riding along and having fun at a not-insignificant clip, noting all of the signed turns in the road, when we come upon one that wasn’t signed. Do we ride well enough to read the road without the signage? Some of us do, and some of us take an unplanned off-road excursion.

TWM Traffic Control Systems, the company creating these light-up radar-activated road signs, is encouraging local British authorities to post them at known high motorcycle crash hotspots. Hopefully, these flashing signs will snap a rider out of their high-speed reverie and make them take notice of the approaching curve or intersection. The signs combine the well-known (in the UK) “THINK” motorcycle image with LEDs that will light up when a motorcycle (or other motorist) approaches at a speed greater than the predetermined “safe” speed for the upcoming hazard.

TWM’s company director Kevin Marshall says “the new statistics from the Department for Transport are an uneasy read, especially the fact that 228 accidents could have been avoided with clearer and more striking signage to alert motorcyclists. We have a passion for developing equipment that brings enhanced road safety to both drivers and pedestrians. The new hazard warning sign was designed with the safety of motorcyclists in mind, and we hope that local authorities across the UK review the signage at their known accident hotspots, especially as we head into the darker and wetter winter months.”