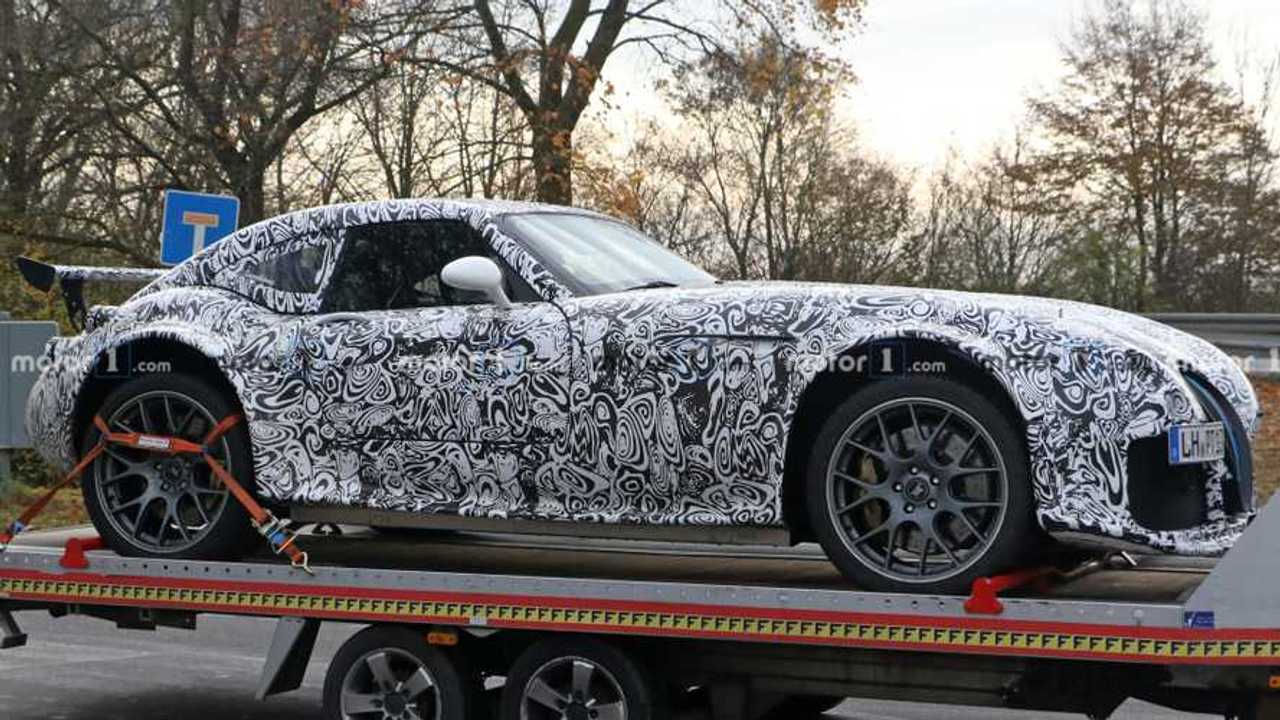 The new Wiesmann's exterior looks like the company's earlier models, but the model reportedly rides on a new platform.

Wiesmann is back after experiencing some business troubles a few years back, and the company's first new model is going under the codename Project Gecko. The production version may follow the company's old model nomenclature and wear the MF6 moniker. These shots are our first look at the new coupe without having a sheet hiding the body. Our spies reported that this one was on a flatbed truck leaving a BMW test facility.

The Project Gecko's styling looks a lot like previous Wiesmann products. It has a vaguely retro aesthetic with a long nose and arching roofline to create classic sports car styling. Bulbous wings and smooth sculpting provide a classic appearance. A fixed spoiler wing attaches to the boot, and the exhausts integrate into the bumper. There is a rumour that some of the body panels are carbon fibre to keep the weight down.

Teasers For The New Wiesmann:

While the body has a similar appearance to older Wiesmann models, the Project Feco rides on a new platform that offers a 50:50 weight distribution. There's also an adjustable double-wishbone suspension. Six-piston brake calipers in front clamp onto vented and drilled rotors.

The company already confirms that Project Gecko uses BMW's 4.4-litre twin-turbo V8 and an eight-speed automatic driving the rear wheels. Wiesmann isn't revealing how much horsepower is available from its tune of the familiar powerplant, but it's apparently enough to hit 62 miles per hour in 3.5 seconds. The top speed is reportedly 199 mph.

Wiesmann intends to have the Project Gecko on sale in 2020. A date for the official unveiling isn't yet available, but a debut in 2019 seems very unlikely at this point.