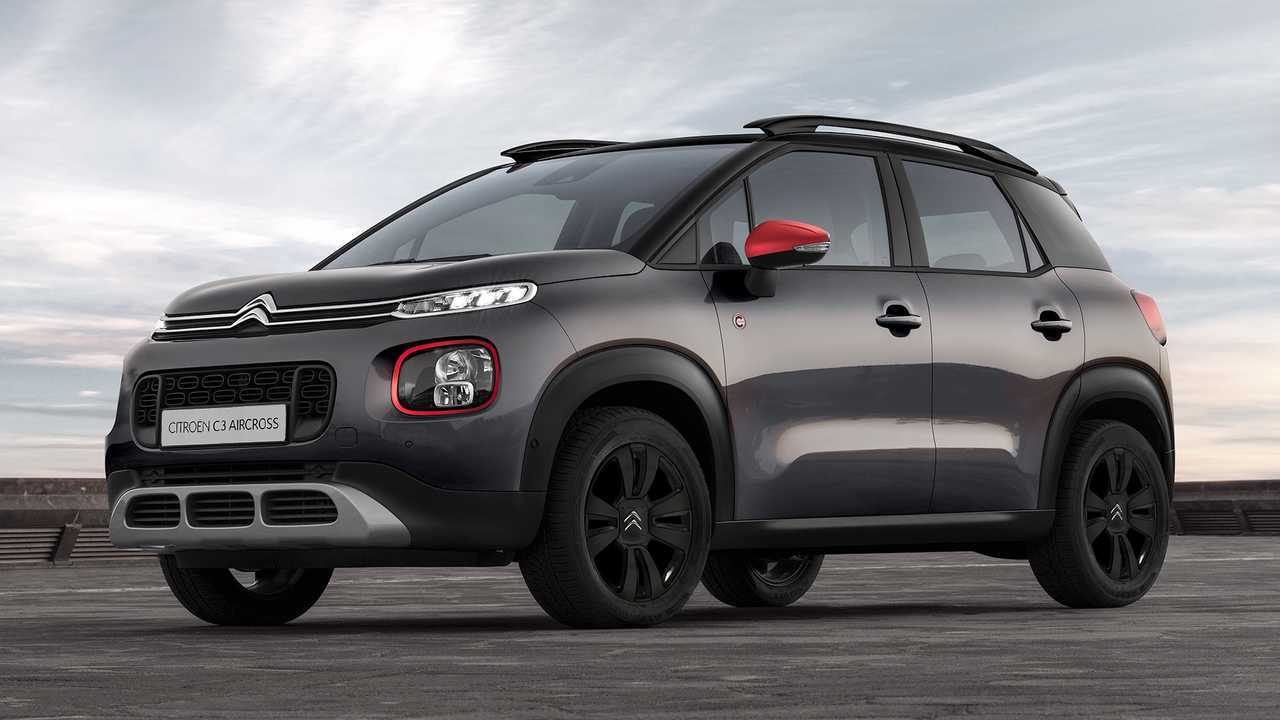 A new mid-range limited-edition version of Citroen's C3 Aircross small SUV has gone on sale ahead of customer deliveries in February.

The new C-Series model sits between the mid-range Feel and top-end Flair variants, offering what Citroen calls “unique styling details” and extra equipment. It’s the first among a number of special edition vehicles the French company has promised to launch in 2020.

More on the Citroen C3 Aircross:

Based on the Feel model, the C-Series is set apart by its ‘Regal Red’ colour pack, which incorporates coloured headlight surrounds and door mirrors, as well as its black bi-tone roof and 16-inch ‘Matrix’ gloss black alloy wheels. And just to hammer the special edition point home, there’s 3D ‘C-Series’ badging adorning the front doors.

To match the colour pack, Citroen has picked out a limited range of four body colours, with Natural White, Perla Nera Black, Cumulus Grey and Platinum Grey constituting the sole options. Of those, only Natural White is a ‘flat’ colour, while the other three are metallic.

Inside, the C-Series gets a new soft-touch dashboard insert and satin chrome air vent surrounds, while the seats get white topstitching and a horizontal red stripe to mimic the external colour touches. The C-Series logo rears its head once more - this time on the seats - while there’s also a set of black floor mats with red stitching and a unique door sill trim.

Like the Feel model from which it is descended, the C-Series comes with cruise control, automatic lights and tinted rear windows, as well as a space saver spare wheel and a seven-inch touchscreen. But the C-Series adds to that specification with automatic air conditioning, automatic windscreen wipers, and rear parking sensors, plus smartphone connectivity software including Android Auto and Apple CarPlay.

Under the bonnet, there’s just one engine on offer - the 1.2-litre petrol-powered PureTech 110, which comes with a six-speed manual gearbox. With 109 bhp, the engine will take the C3 Aircross from a standstill to 62 mph in about 10 seconds, while the official fuel economy ranges from 41.6 to 51.5 mpg. For company car drivers, the all-important carbon dioxide emissions stand at 114 grammes per kilometre, meaning Benefit-in-Kind tax on the vehicle is 26 percent.

All that comes with a starting price of £19,550, which makes the car around £1,000 more expensive than the Feel version with the same engine, and roughly £1,200 cheaper than the equivalent Flair model.