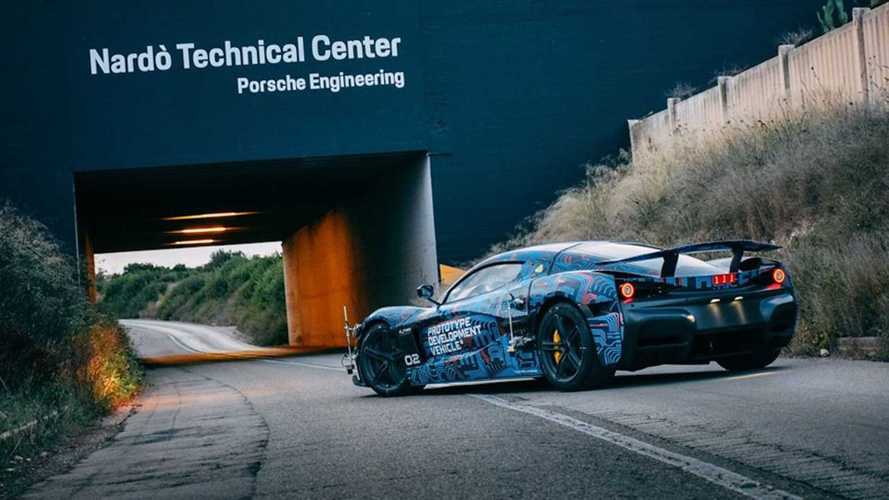 The Croatian manufacturer isn't just done in fine-tuning the electric hypercar yet.

The Rimac C_Two may have been unveiled a few years ago, but the Croatian manufacturer isn't just done yet in fine-tuning the hypercar into an ultimate driving machine.

Rimac released some official photos of a C_Two prototype at the Nardò Technical Center – a testing facility owned by Porsche. The photos were posted on Rimac's Facebook page, along with a caption that says "our in-house test drivers and engineers have worked to evaluate and refine the C_Two's driving dynamics, steering feel, suspension set-up, and tires."

We can expect Rimac to improve its hypercar even further. The timing's just perfect, as the C_Two is expected to be relaunched next year in its production-spec form. Moreover, customer deliveries are to begin at the end of 2021. With that said, Rimac will continue to test the C_Two prototype, not only at the Nardo test track but all over the world as well.

But what are we expecting from the Rimac C_Two? It has four electric motors, with a combined output of 1,888 bhp and 1,696 pound-feet of twists. With these figures, the C_Two can go from zero to 60 miles per hour in just 1.85 seconds.

What to expect in the production C_Two:

The C_Two also boasts numbers that are important for EVs – range. Thanks to its large 120-kWh battery pack, it can reach up to 342 miles according to WLTP or 404 miles as per NEDC.

Don't get used to the stylised C_Two name, though. Rimac said that the hypercar will get a name change next year for its production version. What's the new name exactly? Guess that's something that we could all look forward to.