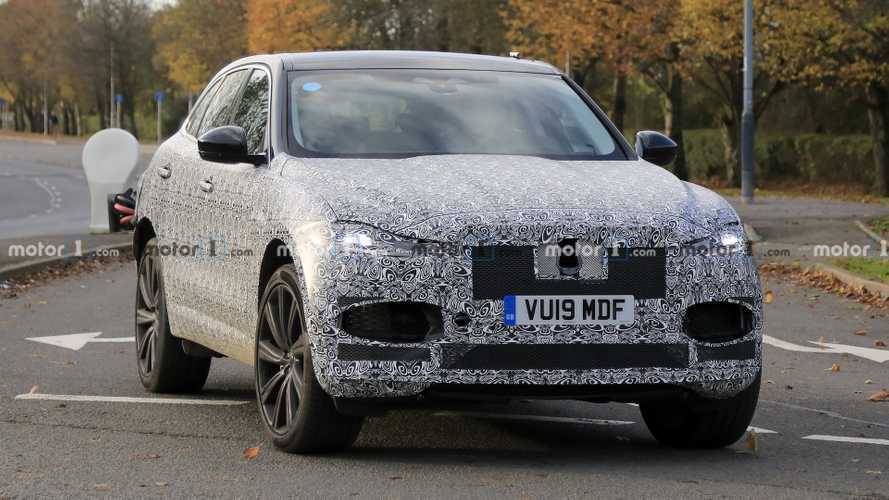 The F-Pace is due for a mid-cycle refresh soon.

Jaguar is on to something in the years or months to come. Apart from the completely revamped XJ flagship saloon and a refreshed F-Type sports coupe, the British marque is set to facelift its compact crossover SUV, the F-Pace. Launched in 2016, the Jaguar F-Pace is up for a mid-cycle refresh soon.

Our first look at the facelifted F-Pace's spy images was in September when a heavily-camouflaged sample of the crossover was seen in the wild. By then, the F-Pace showed promise even with the scarcity of details from the spy shots. This time, however, the spied Jaguar crossover sheds a little bit of its camo to give us additional things to expect on the upcoming refreshed F-Pace.

The headlight housings appear to be sleeker and smaller than its predecessor's, but they are still sweptback until the point near the fenders. The graphics on the headlights seem to have been updated, though.

The deviations on the grille aren't seen on the spy shots, but the lower front bumper and air intakes seem to have been revised. The facelifted F-Pace retained the body panels, but the rear end received substantial updates such as a new clear strip for the indicators. The bumper looked as if its redesigned as well, along with a new exhaust tip shape and diffuser design.

Meanwhile, the current F-Pace is still rocking it:

Our spies mentioned that the interior of the facelifted F-Pace is heavily covered, so we don't have any information about changes that could be found in the cabin. It's expected, however, that the new F-Pace will get Jaguar's latest infotainment system.

The facelifted F-Pace will likely be released sometime next year, so let's all keep an eye for that as well as additional (and barer) spy images as the launch date draws near.