James Bond DB5 has new weaponry in No Time To Die 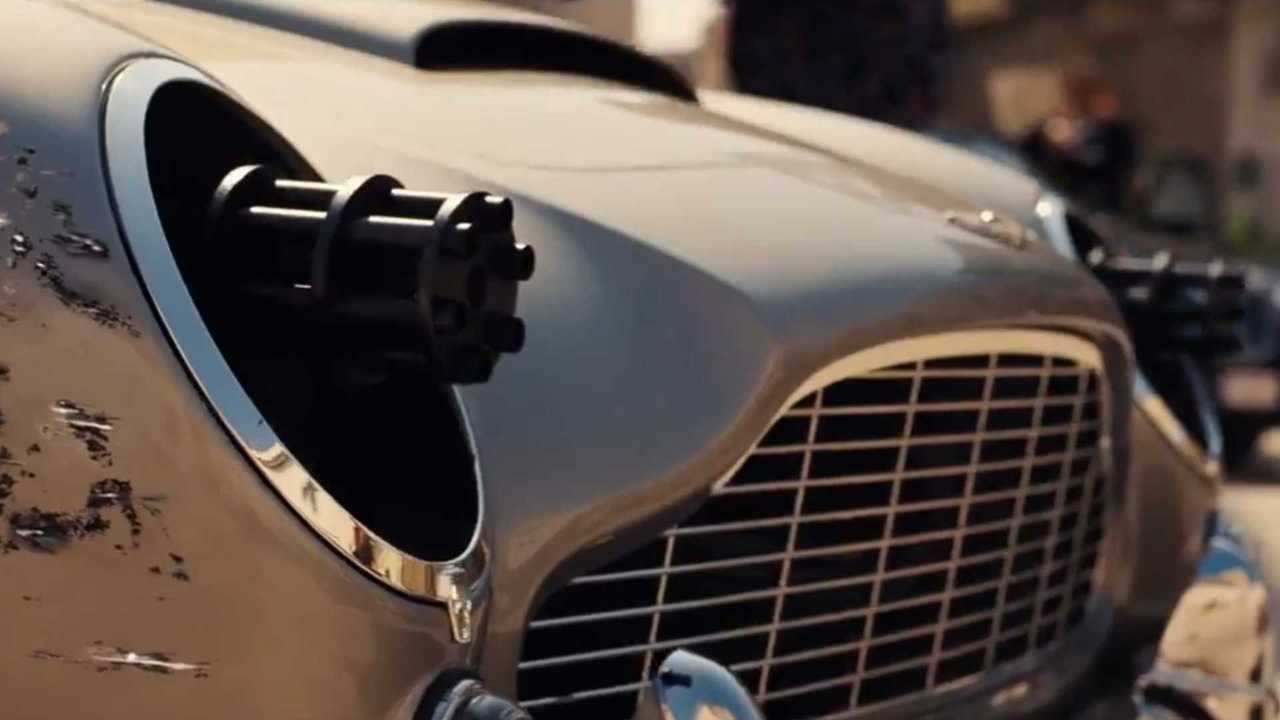 What's that old saying? "If it ain't broke, don't fix it"? Well, after the events of Skyfall, James Bond's iconic Aston Martin DB5 was very much broken, and definitely needed fixing.

By the end of the superspy's last onscreen outing, Spectre, Q had carefully pieced back together the silver sports car and 007 drove off at the end of the film with his latest love interest Madeleine Swann.

Get a Bond car of your own

We already know that the car will once again be appearing in the upcoming 25th Bond film, No Time To Die, but up to now all we've seen is fan-filmed footage of the car (or kit cars representing the car) tearing through the streets of Italy.

Now in the first official teaser for the film, that is set to be released early next year, we've got a first proper glimpse of the Aston back in action, and it appears to have had an upgrade.

The car's 'refinements', including fog lamp-mounted guns revolving number plates, a rear bullet shield, and that ejector seat are all well-known, but now it appears that the legend has added to its arsenal with a pair of headlight-mounted gatling guns (pictured top) – weapons not too different from that seen on Zao's Jaguar XKR in 2002's Die Another Day.

Exactly what the guns are used for (or if they're even used at all) remains a mystery for now, but we might get further clues when the first proper trailer for the film drops on Wednesday. If not, we'll have to wait until April 3 for the full film's premiere.

Also shown in the teaser in the 1985 Aston Martin V8 Vantage last seen in 1987's The Living Daylights; a Range Rover Velar performing a dramatic barrel roll through the air; and the Aston Martin DBS Superleggera which, until now, had a mystery part in the film. The teaser shows it to be driven by Lashana Lynch's character Nomi, rumoured to be James Bond's replacement as Agent 007.

Gallery: The cars of the first No Time To Die teaser