Ford suggests Mustang EV is only a matter of time 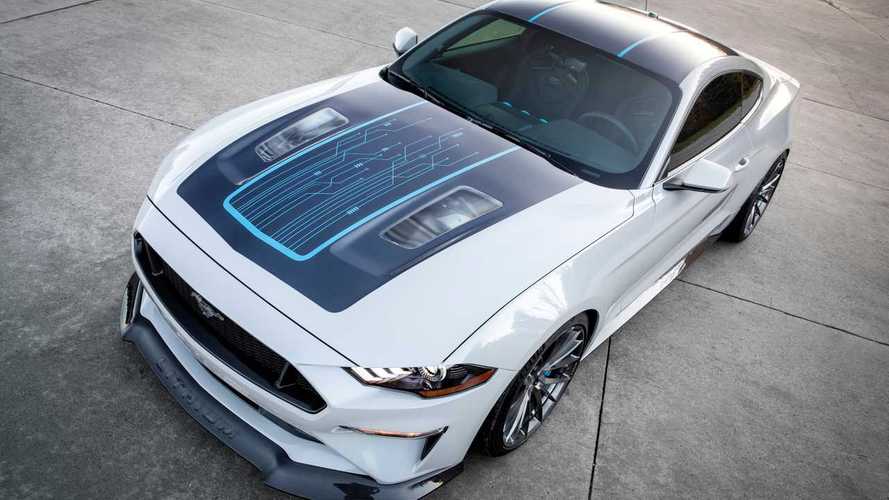 An electric Mustang isn't really a far-fetched idea. In fact, Ford worked with Webasto to create a one-off prototype of a fully-electric pony car that makes over 900 bhp – the Mustang Lithium EV Concept that was showcased at the 2019 SEMA.

But Ford's inclination to make an electrified Mustang isn't connected to the powerful EV concept, which by the way has a 6-speed manual transmission. According to Ron Heiser, chief engineer of the recently-unveiled Mustang Mach-E, a Mustang EV should be on the horizon now that the Mach-E is out and about.

Speaking to Australia's Motoring, Heiser explained that the Mach-E's platform is the Blue Oval's new EV architecture, which will underpin several Ford EVs in the future – not all will be named the Mustang. The new EV platform is highly-flexible, which allows it to be stretched or shortened, accommodate rear- or all-wheel-drive powertrain layout, or even house different types of batteries.

It is electric already:

Ford Mustang Mach-E documentary explains how the EV was created

With that said, Heiser said that a Mustang EV is a possibility, but nobody knows what the exact timeframe is. His outlook of a Mustang EV is based on the premise that the market will eventually shift to EVs.

But will the future Mustang EV be as mighty as the Mustang Lithium Concept? Heiser didn't confirm, but considering that Ford can do it with a non-EV-dedicated platform, it won't be a stretch to expect the best from the Blue Oval.

The next-generation Ford Mustang is scheduled to come by 2021, with reports suggesting that a rear-biased, all-wheel-drive version would be available. A hybrid Mustang is also on the docket.