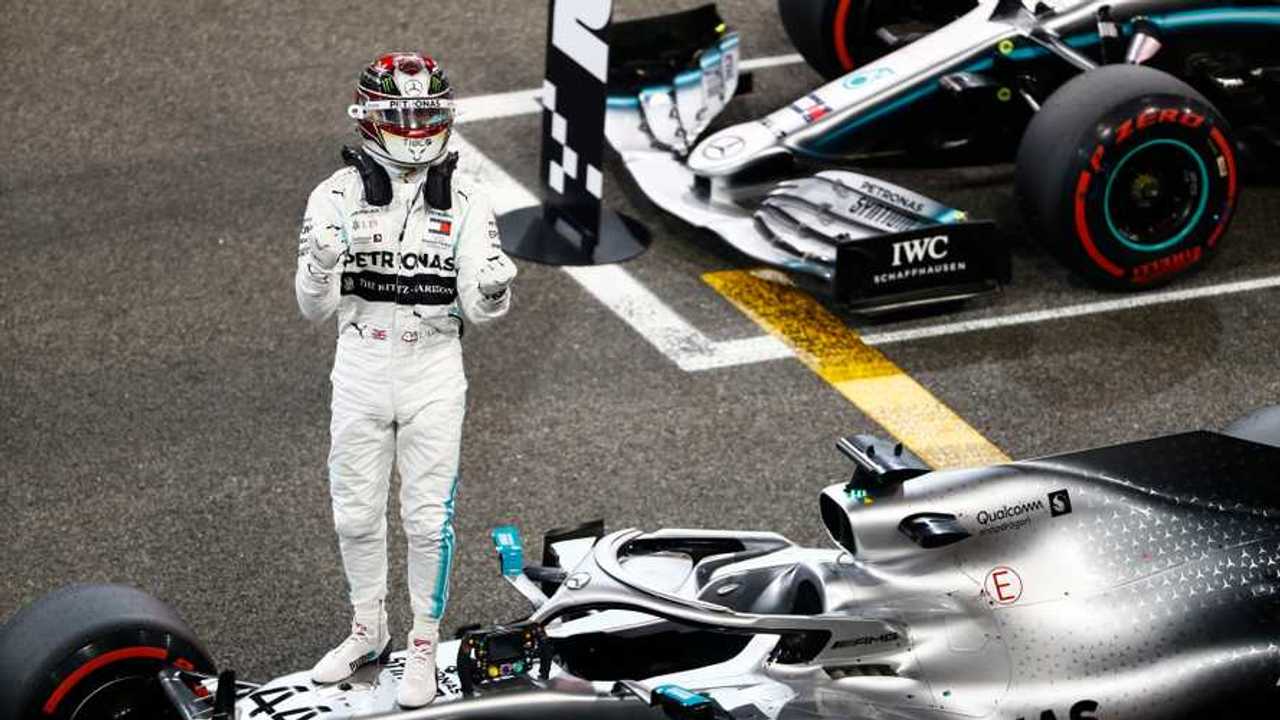 Hamilton's pole at the Yas Marina circuit was his first in nine races, having last topped qualifying in Germany – a result aided by the Ferraris suffering mechanical problems.

The Mercedes driver ends the season with five pole positions, level with teammate Valtteri Bottas, and has taken his career tally to 88.

"It feels longer than the German Grand Prix," said Hamilton of his wait for pole position.

"And if I'm really honest, I don't even understand how I got the German Grand Prix pole! It's been really hard because you come back from the break, and the competition's been spectacular, all the drivers have been doing an amazing job.

"I don't think my qualifying has been terrible, but it's just not been at my usual standard perhaps. Of course it is incredibly satisfying to know that we put the work in.

"Honestly [88 poles] it's really strange, it honestly feels like the first. I don't know why. It feels super fresh, maybe because it's been so long since earlier on in season."

Ferrari's significant and controversial upturn in form since the summer break is the main factor in Mercedes' drop in qualifying performance, as is Red Bull's recent return to prominence.

However, asked by Motorsport.com if it was every a concern, Hamilton said: "No, there wasn't a worry through the season.

"I'm well aware that you can't win them all and I've been extremely fortunate and done a relatively decent job over the years.

"I think it's just understanding the car and and ultimately just squeezing out the best, not overdriving, not underdriving, trying to find the right balance throughout the year.

"Austin was the last time the car was able to be on the front row, which Valtteri did but I just wasn't there. So it's frustrating when you miss those sessions, I think the same in Japan.

"But these last two races, I've done quite a lot of experimenting, just with my driving style and with the car, just trying to see if I can eke out a little bit more.

Hamilton said after Friday practice that his experiments had left his car feeling more "erratic" and he admitted following qualifying it had made his task tougher.

"It's not been the easiest in terms of qualifying throughout the year and it's been something we've just been chipping away at," said Hamilton.

"Yesterday was a little bit difficult, I had to re-centre myself for today. The best thing is when you get to Q3 and you pull out two good laps.

"I think my first lap it felt special, and then the second one obviously was an improvement."