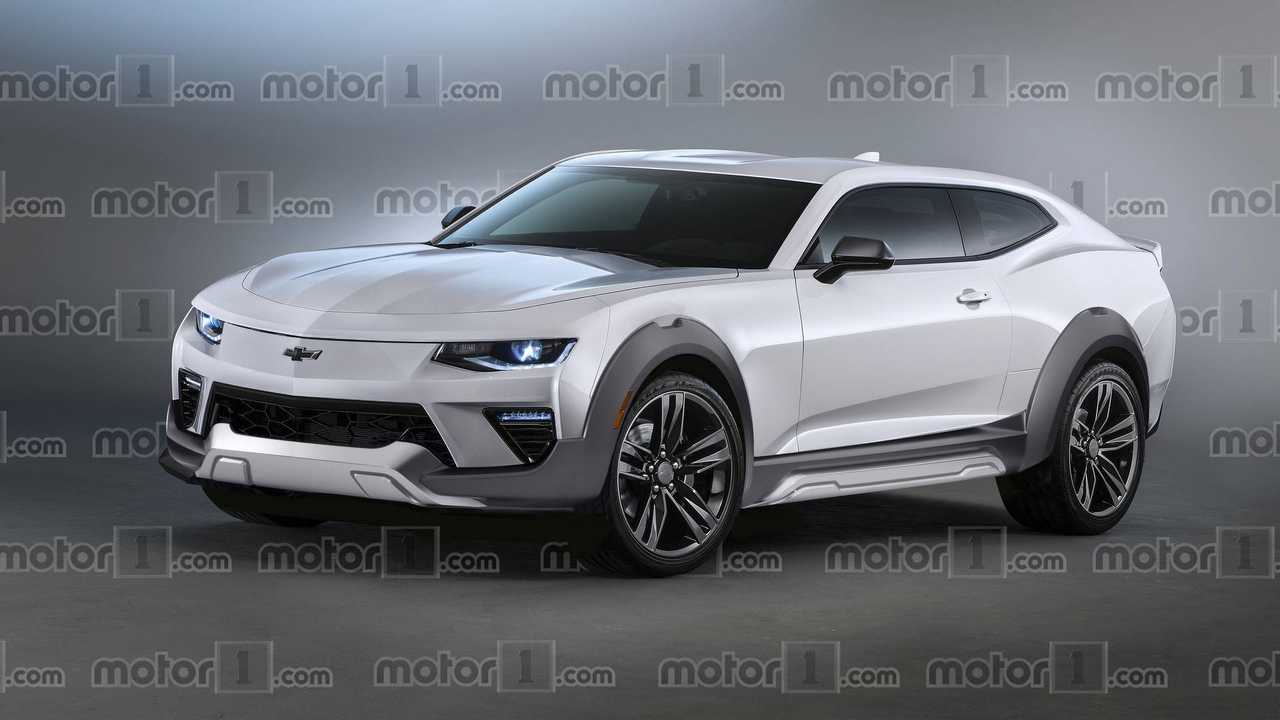 Times are changing, but the Camaro-versus-Mustang battle doesn't have to end.

Friends, we now live in a world where the Ford Mustang has officially become a four-door crossover, and an electric one to boot. Calling the Mach-E a Mustang is a very controversial move on Ford’s part, punctuated by a petition started by Mustang expert and enthusiast Jimmy Dinsmore that currently has nearly 12,000 signatures from people wanting Ford to remove the Mustang branding from this vehicle. The world is certainly watching, and we’d bet a gazillion dollars that GM executives are watching closer than most.

Why? Because Chevrolet Camaro sales are way down in the last couple of years, and while no official announcement has been made, there are credible rumours that Camaro will die in the next few years. Could GM give its storied moniker a second third chance at life as a crossover? That’s the literal million-dollar question GM has to be asking right now, and as such, we offer our modest contribution with this exclusive Camaro crossover rendering at the top of the article.

Ford Mustang Mach-E documentary explains how the EV was created
⠀

Mustang Mach-E gets the Ken Block treatment in new video

We know many of you are absolutely sick and tired of automakers using the phrase coupe crossover to describe a high-riding four-door with room for five, but in this instance, the classification is rather appropriate. As such, breaking Camaro’s core formula of being a 2+2, two-door coupe isn’t nearly the full-stop reboot that Ford is attempting with the Mustang Mach-E. In essence, the only things changing on the core Camaro formula are extra room in back and all-wheel-drive option. But in our preferred world, the Camaro would still be available with rear-wheel-drive as well.

Electric power would also be a departure for Camaro, but as with the Mustang, different engines have come and gone throughout Camaro’s history. Going electric is inevitable, but one of the major gripes we’ve heard from enthusiasts is that electric vehicles look so … electric. Our rendering depicts something far more mainstream, albeit with big plastic wheel arches because hey, it’s a crossover.

Should GM do this to keep the Camaro alive? Would a sporty new Bowtie crossover benefit from using Camaro’s legacy, as Ford is banking on with the Mustang Mach-E? Let us know your thoughts on this Camaro crossover concept, because we’re fairly certain GM is listening.