Ferrari 'happy' Hamilton is available for 2021 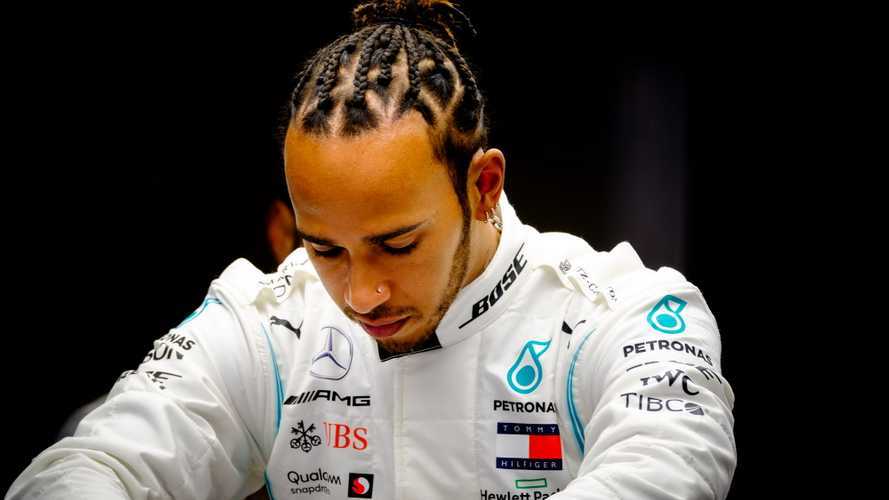 Six-time world champion Hamilton's current deal with Mercedes expires at the end of 2020, and although he said he was not looking forward to contract negotiations resuming next year, he is expected to stay with the team he has won five of his drivers' titles with.

Asked if he would like to sign Hamilton if he remains available, Binotto said: "Lewis is certainly an outstanding driver, a fantastic driver.

"Knowing that he's available in 2021 can make us only happy, but honestly it's too early for any decision. We are happy with the drivers we've got at the moment.

"Certainly at one stage next season we will start discussing and understanding what to do."

Hamilton lifts the lid on his blueprint for F1 success

Hamilton can learn from 'gloves off' Brazilian GP

Hamilton joined Mercedes in 2013, and has won five of the last six titles during the team's dominance of the V6 turbo-hybrid era.

Conversely, Ferrari has failed to mount a season-long challenge in each of those years, with new-for-2019 pairing Vettel and Leclerc having a tense on-track relationship at times and coming to blows in the previous race in Brazil.

Hamilton has been linked to Ferrari before and although an exit from Mercedes is not considered likely, he has said he would like to see current team boss Toto Wolff's future determined before making his own decision.

Asked about Hamilton's comments, Wolff – who has been linked with a job helping run F1 – said: "Lewis and I have grown close over the last seven years. We ended up in Mercedes at the same time in 2013 and I think we have built up a lot of trust.

"At the same time, the two of us are part of a wider organisation where everybody is playing in their relative field of competence.

"For him to say that is nice. I'd also like to know where he goes or if he stays in the future.

"We are having those discussions about the future and I think it is very important between the two of us, like between many others that have played an important role within that team.

"There are many things to be decided on and we will see over the winter."