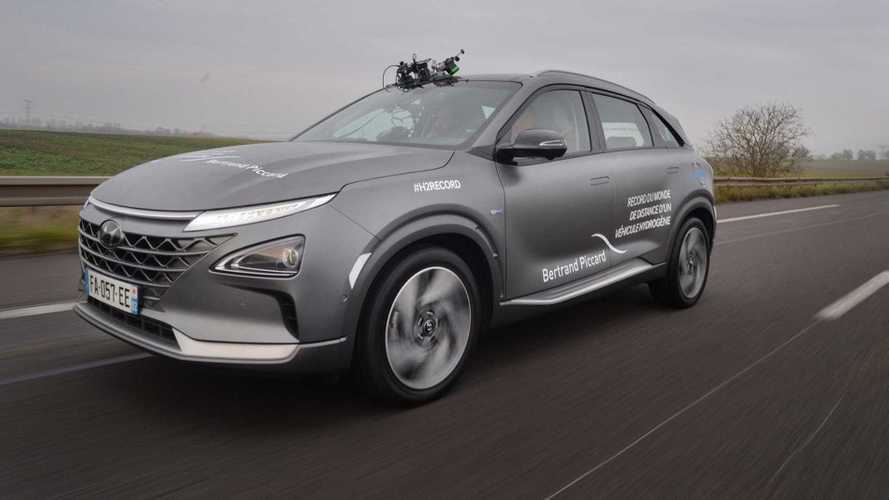 No hydrogen-powered production car has gone further on a single charge.

Hyundai has set a new distance record for production hydrogen-powered vehicles with the Nexo.

Driven by French aeronaut and president of the Solar Impulse Foundation, Bertrand Piccard, the car completed 778 km (483.4 miles) across northern France on a single refuel, and still had 49 km (30.4 miles) of range left at the end of the journey.

Check out the Hyundai Nexo

Hyundai's new hydrogen-powered car will be called the Nexo

The journey began at the FaHyence hydrogen station in Sarreguemines on Monday 25 November, a place chosen because of the Grand Est Region's commitment to responsible mobility, concluding the next day at the Musée de l'Air et de l'Espace in Le Bourget near Paris.

The journey produced a CO2 reduction of 111.2 kg compared to a similar petrol-powered car over the same distance, while it purified 404.6 kL of air, the volume of air that 23 adults breathe every day.

"With this adventure, we have proven that with clean technologies, we no longer need revolutionary experimental prototypes to break records. Everyone can now do it with standard zero-emission vehicles," said Piccard. "A new era in performance is beginning, for the benefit of environmental protection." 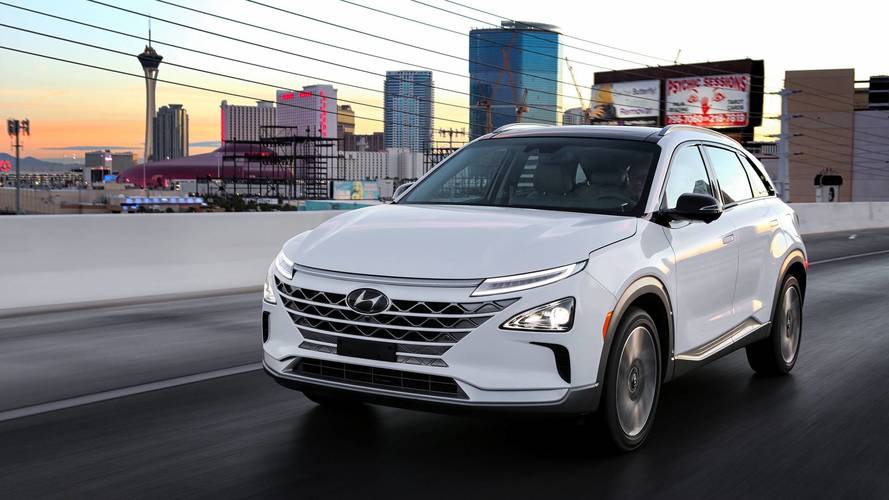