The F1 constructors battles left to play out in Abu Dhabi 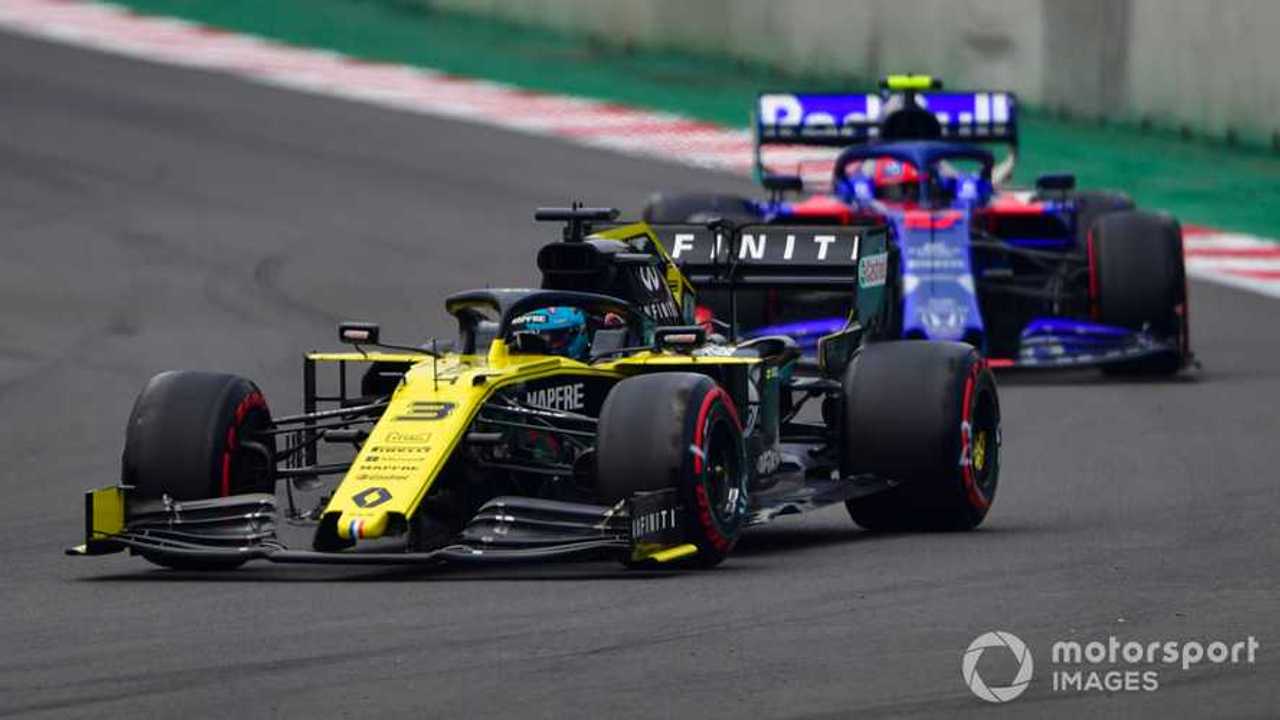 The top four positions in the 2020 Formula 1 constructors’ World Championship have already been decided, but for the midfield teams there’s still much to play for in Abu Dhabi.

Scores of 22 points for Alfa Romeo and 19 apiece for McLaren and Toro Rosso in the Brazilian GP indicated just how one race can impact the final positions, with the last named leapfrogging Racing Point for seventh place.

The significance of the final constructors’ championship rankings is that each position makes a difference of around $5m in 2020 payments from the Formula 1 organisation, while the outcome also has obvious bragging rights, and it also determines the order in which the teams are arranged in terms of pit garages next season.

The current midfield scores are as follows:

After its huge haul in Brazil Toro Rosso is just eight points behind Renault, and should there be a tie its two podium finishes would put the Italian team ahead.

Apart from Interlagos this year STR has scored eight or more points in Germany (23), Monaco (10) and Belgium (8), although only in the first two cases did it outscore Renault by a margin that would be sufficient in Abu Dhabi.

“It means a lot of points in the constructors' championship, and that's important.” said team boss Franz Tost when asked about the significance of the Interlagos result by Motorsport.com. “Apart from the fact that a success is always good for the team. And we are really happy, especially for Pierre to finish in the second position.

Regarding the $5m fight with Racing Point, he said: “You can see what can happen. But now I sleep a little bit better than before!”

Racing Point has to outscore Toro Rosso by 17 points or more in order to regain sixth place from STR. However, the Silverstone team’s highest race score this year was the 12-point haul achieved by Lance Stroll’s fourth place in Germany.

Racing Point boss Otmar Szafnauer said his team will not give up on its chase for sixth, despite the significant gap that now exists.

The team earned just two points in Brazil, with ninth place for Sergio Perez, while Lance Stroll retired after hitting debris from the Ferrari drivers' collision.

“Who would have guessed that a Red Bull, two Ferraris and a Mercedes weren't going to finish [Brazil] in the points?" he told Motorsport.com.

“It's definitely harder, but we aren't going to give up, we've got another race.”

The Brazilian result put Alfa Romeo 29 points clear of Haas in eighth place, leaving it realistically if not mathematically safe. The Swiss outfit is now in striking distance of beating Racing Point to seventh, as the margin is just 10 points – however, in 2019 it has bettered that target only in Brazil.

The team lost crucial points when both drivers were penalised because of a breach of rules around driver aids at the German GP, and prior to Brazil it had scored only three points in the seven races after the summer break.

“You can lead the midfield group, and if there is no incident in front, you will score one or two points,” Vasseur told Motorsport.com.

“This kind of weekend you can score 22 points. It’s huge. We paid the bill in Hockenheim, then we had three or four races a bit difficult.

“We have to stay focused on Abu Dhabi, but to keep the motivation for the team and the drivers it's important to score points."