The new Popemobile is a Dacia 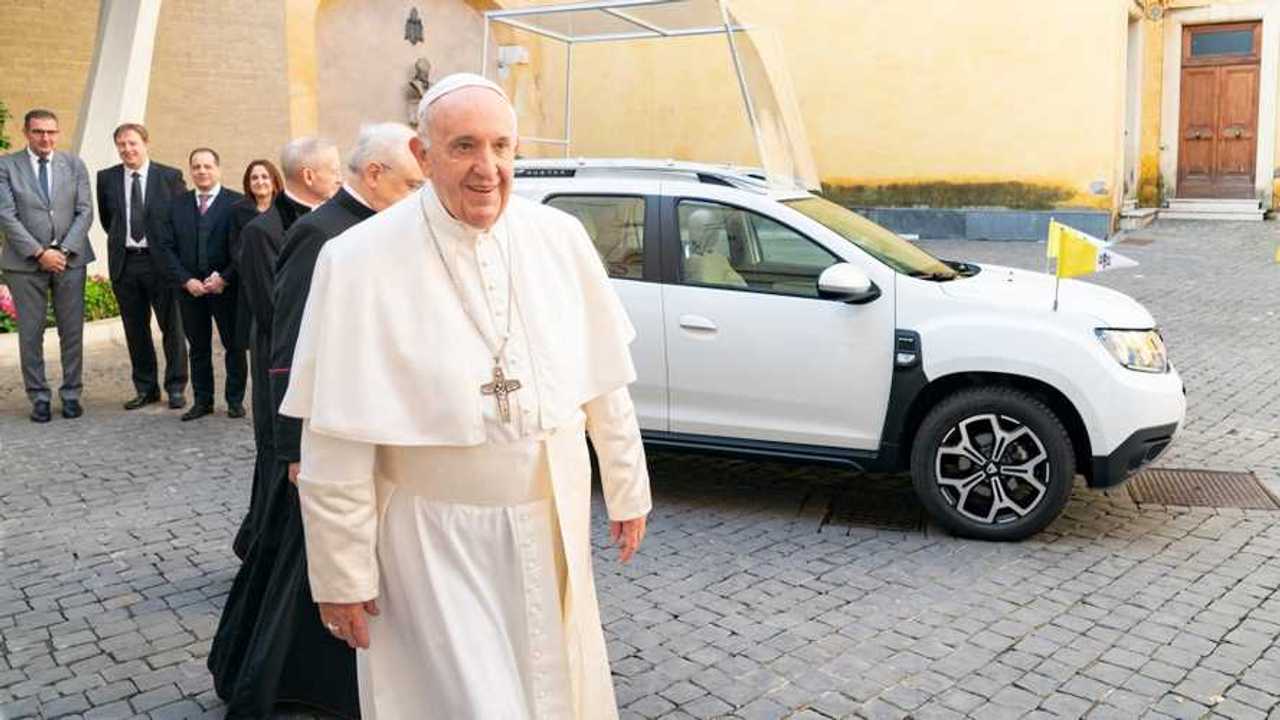 The Romanian manufacturer donated the new car this week.

Dacia has gifted the Pope a new car – a brand new Dacia Duster. Not just any Dacia Duster though, this one will be used as the new Popemobile.

The famous vehicle of the Catholic church's leader has been around in various forms since the 1970s, and since the assassination attempt on Pope John Paul II in 1981 the car has often featured its famous bulletproof glass enclosure where the Pope stands or sits.

Look back at the Popemobile through the years

Various manufacturers have produced Popmobiles over the years including British Leyland, Fiat, Ford, Mercedes-Benz, and Seat. This new Popemobile was specially designed for the Pontiff's needs by Dacia's prototype department and the 'Dacia Special Needs team', with the help of coachbuilder Romturingia.

The purpose-built machine has five seats – one of which is a comfortable rear bench seat. It also has a large sunroof, a removable glass superstructure, a ground clearance 30mm lower than normal, and internal and external support elements. The white car with beige interior is 4.34 metres long and 1.8 metres wide.

The car was presented to His Holiness Pope Francis by Christophe Dridi, the managing director of Groupe Renault Romania and CEO of Automobile Dacia SA, and by Xavier Martinet, the general manager of Groupe Renault Italy during a visit to Vatican City earlier this week.

"With this gift to His Holiness, Groupe Renault (Dacia's parent company) renews its strong and continuous commitment to putting man at the centre of its priorities," said Martinet.