Watch the 2021 Audi RS6 Avant accelerate like a supercar

As advertised, the super estate does the sprint in 3.6 seconds.

Audi Sport has been putting a lot of effort lately into diversifying its SUV portfolio, but that doesn’t mean its core models have been neglected. Take for the new RS6 Avant, which offers the complete package by combining the practicality of an estate with the performance of a supercar and the finesse Audis are known for. It also has heaps of technological goodies and sinfully gorgeous styling to create Ingolstadt’s ideal all-in-one car.

Another nice thing about the the new RS6 is that the Americans finally get to have it. This Tango Red example was shot by Motor1.com friend Auditography recently in Malibu, California where the supercar disguised as a family estate was also put to the test by accelerating to 62 mph with two people onboard. As advertised by Audi, it needed 3.6 seconds to complete the task with the launch control system activated. However, we’re being told a separate test with an onboard Vbox resulted in a sprint time of just 3.48 seconds in a large car that weighs 2,075 kilograms without a driver.

Then there’s the styling, which represents a significant departure from the regular A6 Avant. In fact, Audi exterior designer Andreas Joachim Koglin has told us the RS6 borrows only three body parts from the standard estate: front doors, roof, and the tailgate. Everything else has been changed, including the front fascia adapted from the RS7 Sportback. Those chunky oval exhausts are the biggest tips ever fitted to an RS model and deliver an epic sound as the twin-turbo V8 flexes its muscles. 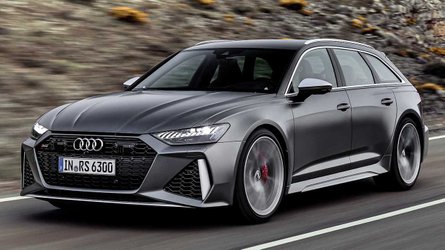 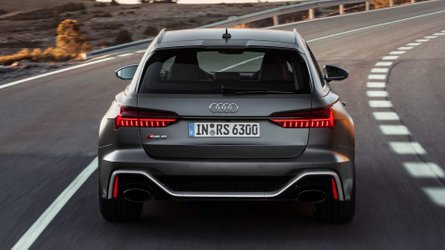 Having this whole package comes at a steep price, though. The base price in the UK is going to be an eye-watering £92,750 or more than double the price of a standard A6 Avant (£41,475). The fourth-generation RS6 is also a lot more expensive than the £62,745 S6 Avant TDI, but that’s the price to pay for having a car that ticks just about all the right boxes.