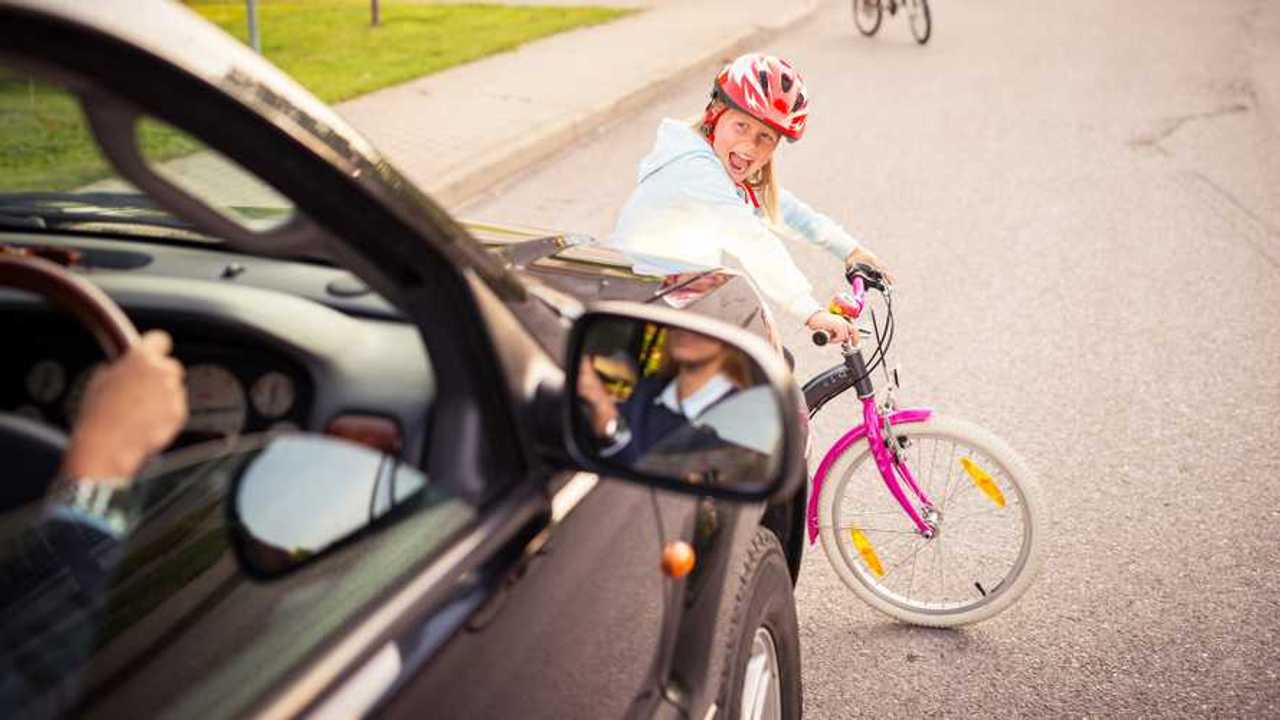 Around 23 youngsters under the age of 18 are injured in 20 mph zones every week, according to new research out today.

More on road safety for youngsters:

Analysis of Department for Transport (DfT) data by car insurance provider Churchill shows almost 3,700 under-18s were injured by a vehicle in a 20 mph zone during the three-year period between the start of 2016 and the end of 2018. That's the equivalent of 23 a week.

Of these injuries, Churchill says one in six (16 percent) were either deemed fatal or serious, meaning there was an average of 214 such incidents every year over the period. However, the data also shows a 26 percent increase in the number of road traffic collisions involving minors since 2016.

Those aged 17 or under are, according to Churchill, far more likely to be injured in 20 mph zones than members of any other age group, although the company concedes this may be because 20 zones tend to be near schools and residential areas. Nevertheless, a worrying half (52 percent) of injuries caused to under-18s have occurred in 20 mph zones, whereas just 21 percent of injuries to those over 18 have happened in the same places. Despite this, Churchill says 20 mph zones are safer than areas with other speed limits.

However, the company's research seems to suggest drivers treat the lower limits with contempt. Churchill surveyed more than 2,000 drivers and found more than a third (37 percent) admitted to failing to slow down in a 20 mph zone. Assuming that sample is representative of the population as a whole, that could mean almost 15 million motorists are not slowing for 20 zones.

Although the Royal Society for the Prevention of Accidents (RoSPA) says a pedestrian's chances of being killed in a collision with a car fall to just 1.5 percent when it's travelling at 20 mph, compared with eight percent when it's travelling at 30 mph, the research found nearly a third of drivers (30 percent) find 20 mph zones frustrating. Meanwhile seven percent say they ignore 20 mph zones because they are "pointless".

“The number of children and young people injured in pedestrian areas really highlights the risks associated with speeding, particularly in areas around schools," said Alex Borgnis, the head of car insurance at Churchill. "While we appreciate that it can feel frustrating for drivers to slow down, doing so significantly reduces the risk of serious injury to pedestrians.

“Speed limits are in place for a reason and 20mph zones are usually set because they are in these highly pedestrianised areas. It is, therefore, incredibly important that motorists pay attention to the speed limit and adjust their driving accordingly. If drivers moderate their speed and children are careful when walking to and from school, then hopefully, we can reduce the number of collisions and keep everyone safer.”

“Speeds below 20mph are vital in built-up areas, giving drivers the chance to stop their car in time and avoid hitting pedestrians and cyclists," he said. "It’s deeply concerning that more than a third of drivers don’t slow for 20mph zones and instead selfishly prioritise their journey time over the safety of others. We urge all drivers to consider the impact of their speed and always stay within limits - stopping distances at 30mph are twice those at 20mph and that extra distance can be the difference between life and death.”