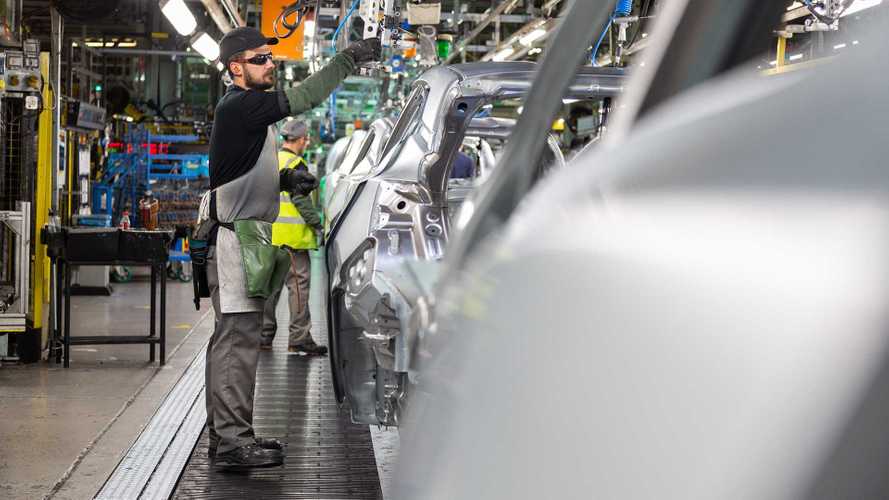 A leading automotive industry body has blamed an October slump in UK car manufacturing on “uncertainty” caused by Brexit.

Figures from the Society of Motor Manufacturers and Traders (SMMT) show a four-percent reduction in British car manufacturing last month, with just under 135,000 new cars rolling off UK production lines. In comparison, more than 140,000 were built on these shores during the same month in 2018.

More on car production in Britain:

That result means British car production has now fallen in 16 of the last 17 months, with August described as the sole “outlier” because of ‘no deal’ Brexit contingency shutdowns that occurred earlier in the year. Normally, those shutdowns would have happened in the summer, as they did in 2018, but manufacturers moved them to the spring to combat any potential ill effects of a no-deal departure from the EU. That meant manufacturing fell dramatically in April, while August’s figures were unnaturally high.

The decline overall this year, though, has been driven largely by decreased demand from abroad. Foreign exports generally make up around 80 percent of vehicles built in the UK, but a 15.2-percent reduction during the first 10 months of the year has caused a noticeable decrease in the number of cars built. The figures show the UK built just over 900,000 cars for foreign customers during the first 10 months of the year, compared with almost 1.07 million in the same period of 2018.

Demand from within the UK has also fallen, with the number of vehicles produced down by around 10 percent. However, with 219,000 cars built for British buyers during the first 10 months of this year, compared with 244,000 last year, the effects have not been so keenly felt.

Mike Hawes, the SMMT’s chief executive, expressed concern about the results and urged the next government to ensure the UK has free access to the European market.

“Yet another month of falling car production makes these extremely worrying times for the sector,” he said. “Our global competitiveness is under threat, and to safeguard it we need to work closely with the next government to ensure frictionless trade, free of tariffs, with regulatory alignment and continued access to talent in the future. This sector is export led, already shipping cars to more than 160 countries, and in a period of unprecedented change a close trading relationship with the EU and preferential trading with all these other markets will be essential to keep automotive in Britain.”