Just 10 examples will be sold by Aston Martin Bristol.

Aston Martin has revealed a new special edition of its DBS Superleggera grand tourer that celebrates the Concorde supersonic airliner. 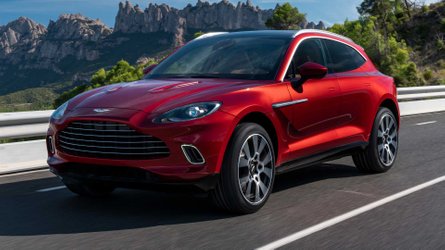 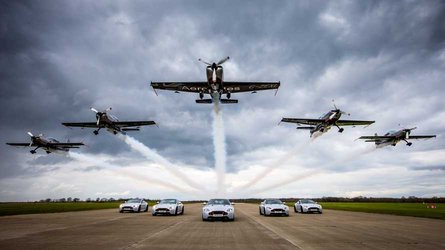 The car, dubbed Concorde, was commissioned by the Aston Martin dealer in Bristol, and just 10 examples will be built. Each will celebrate 50 years since the aircraft's first flight, as well as the centenary of one of Concorde's two operators - British Airways.

The 10 vehicles will be marked out by their Q by Aston Martin personalisation options, which include a bespoke painted livery comprising British Airways colours on the roof strake, aero blade and rear diffuser, as well as a black-tinted carbon-fibre roof bearing Concorde's silhouette. The cars will also get the famous British Airways ‘Speedmarque’ logo in chrome on the front wings, a Concorde silhouette in the side strakes and a unique wing badge with black enamel infill.

All this will be powered by the enormous 5.2-litre twin-turbocharged V12 found in the standard DBS Superleggera. With 715 bhp and 664 lb-ft of torque, the car can reach a top speed of 211 mph after accelerating from 0-62 mph in just 3.4 seconds. Just 6.4 seconds after setting off, the DBS can be travelling at 100 mph.

Marek Reichman, the executive vice-president and chief creative officer at Aston Martin Lagonda, said of the new car: “It’s only fitting that our great British sports car brand marks the achievement of the incredibly dedicated, talented and ambitious teams of British and French scientists, engineers, designers and aircraft workers who made Concorde, and supersonic air travel, a reality in our skies 50 years ago.

“Using the DBS Superleggera as our starting point, and with the support of the talented personalisation experts in the Q by Aston Martin service to draw on, we have been able to subtly and sympathetically enhance and highlight some of the car’s most notable features while preserving the elegance, style and sheer brutish road presence for which the Aston Martin DBS is rightly known.”