But auto AWD and manual RWD variants will exist.

We know from previous reports that the next-generation BMW M3 will come with an available manual transmission. However, there’s a small catch – you won’t be able to order a stick-shift gearbox together with an all-wheel drive. That’s what Road and Track learned from BMW M boss Markus Flasch.

Speaking to the publication during the Los Angeles Auto Show, Flasch confirmed BMW “will offer all-wheel drive and rear-wheel drive,” as well as “both manual and auto.” The AWD system won’t be a dual-clutch one like on the previous two generations of the M3 but a traditional torque-converter in the same vein as the current M5. "There's no reason for changing a winning system and pretty much carrying over what we know from the M5," Flasch explained. 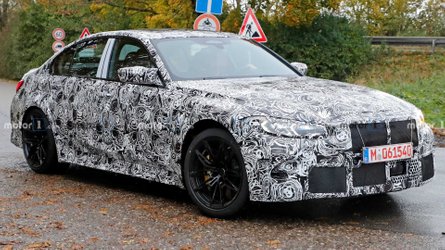 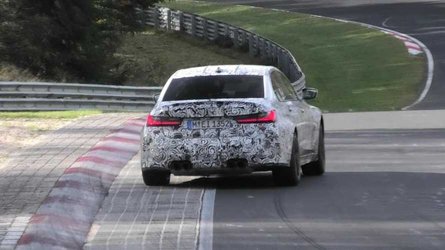 In fact, in the new M3, the all-wheel drive will be very similar to the one used in the M5 but will offer an actual rear-drive mode. Technically, it’s possible to mate this AWD system with a manual transmission but Flasch believes there’s no demand for such a configuration. As a related note, he also told R&T that there’s no demand for larger manual-transmission M cars, which basically means there are zero chances of seeing a manual M5 soon.

"Power output gets to an extent with this generation where it's really difficult to get it to the road if the conditions are not perfect," Flasch explained the idea behind an AWD M3. "We also have quite a significant group of customers that live in places that are not spoiled with weather like [Los Angeles]. If you look to the competition, to other brands, there is a demand for high-performance cars in all-wheel drive in the segment.”

You can probably recall from the previous reports that the next-gen M3, together with the new M4, will be powered by the S58 inline-six 3.0-litre turbo engine of BMW that debuted with the X3 M and X4 M. Depending on the trim (standard M or Competition), the unit will generate 480 bhp or 510 bhp, and Flasch even hinted more powerful CS and CSL variants could be planned.