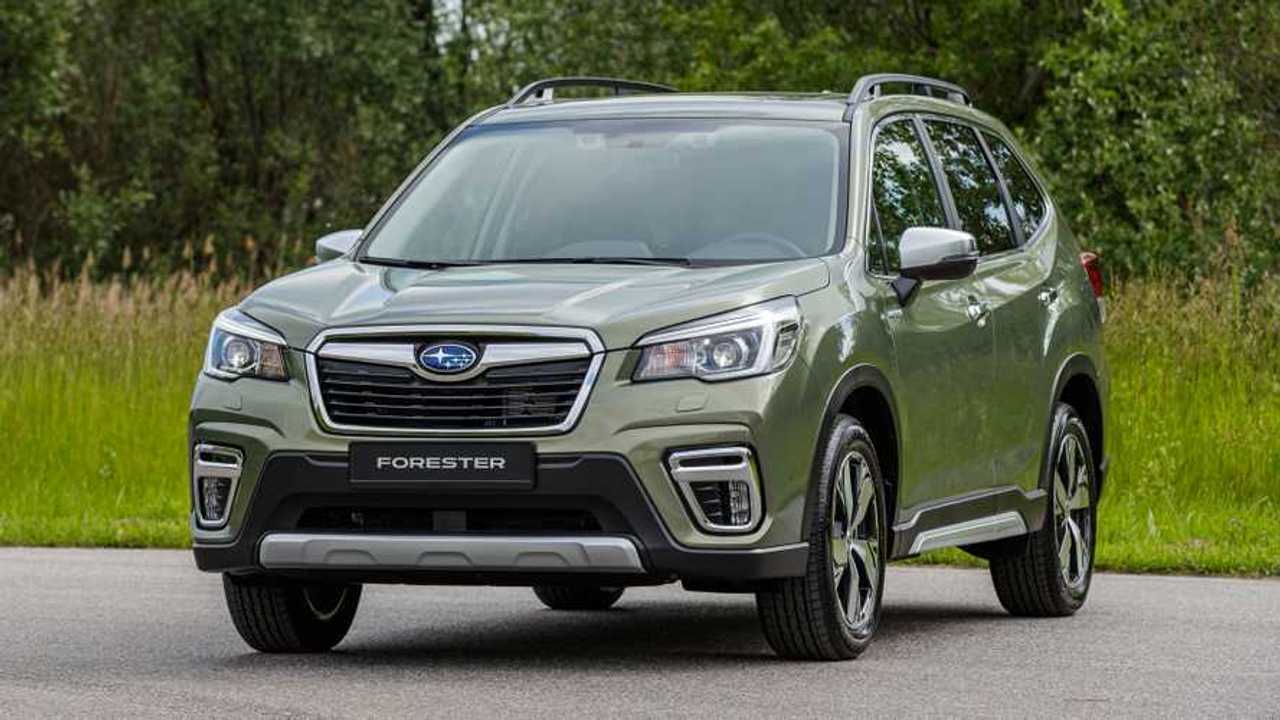 Subaru reportedly teaming up with Toyota for next-gen WRX
⠀

The new model, which is bigger than its predecessor, gets more sculpted bodywork and a more rugged front end. The back has been restyled, too, gaining a far more modern look, while the interior has also undergone a revamp.

But the most notable change is under the bonnet, where Subaru is eschewing pure petrol power in favour of a hybrid powertrain. The Japanese manufacturer is calling it the E-Boxer, and it’s essentially a conventional ‘self-charging’ hybrid system similar to that found in a Toyota Corolla or a Lexus CT. That means it combines a 2-litre four-cylinder horizontally opposed ‘boxer’ engine with a lithium-ion battery pack and an electric motor.

That means the car can drive at low speeds (sub-25 mph) on electric power alone, with a total range of about a mile. For the most part, though, the motor and the engine work together. In all, Subaru says the new Forester’s powertrain is about 10 percent more efficient than the standard petrol engine.

But despite that improvement in economy, Subaru is promising the same off-road capability as the previous model. That means the car gets a new version of the ‘Lineartronic’ CVT transmission and Subaru’s symmetrical all-wheel-drive system, which is permanently in operation to provide four-wheel-drive traction at all times.

The car also has an X-Mode, which takes control of the engine, transmission, four-wheel-drive system, brakes and other components to help the driver cope with slippery surfaces, rough roads and climbing steep hills. The system also engages the hill descent control to keep the car at a constant speed while it’s going downhill, and engages the electric motor from the start to give greater grunt when setting off.

That system was already in place in the old Forester, but the newcomer adds to that with two new modes. There’s a Snow/Dirt setting for use on snow or gravel and a Deep Snow/Mud setting for surfaces where the tyres can become buried. The two are controlled via a dial switch located near the gear lever.

Other, less off-road-centric features of the newcomer include Subaru’s latest iteration of the EyeSight camera-based safety systems, including adaptive cruise control, autonomous emergency braking and lane departure warning. The Forester E-Boxer also comes with a driver monitoring system that uses facial recognition technology to detect whether the driver’s gaze has wandered or if the driver is “dozing off”.

The newcomer gets some other high-tech features, too, including keyless entry, an eight-inch touchscreen infotainment system and LED headlights. Heated front seats are incorporated too, and there are eight-way power-adjustable driver and passenger seats, while high-end XE Premium models get bigger 18-inch alloy wheels, heated rear seats and rear privacy glass.